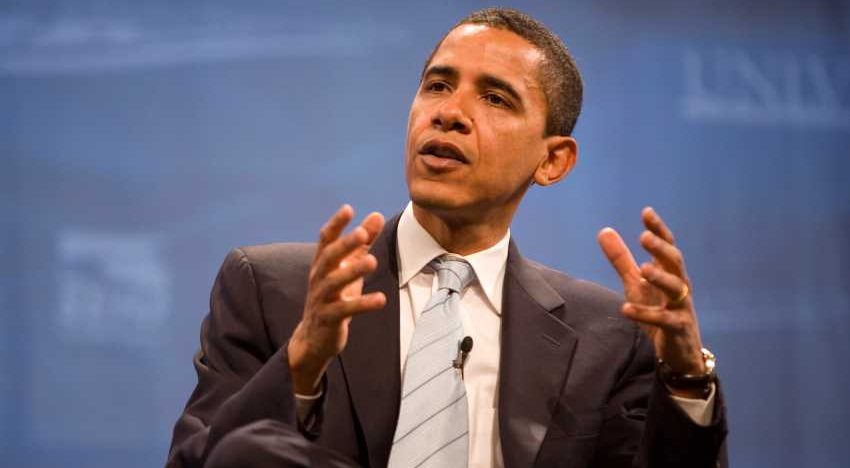 Barack Obama likes salted almonds. They are supposed to be his late night snack. How many does he have? Probably a handful? Earlier this month, a New York Times article specified  the exact amount of almonds the President of the United States consumes. According to the article, “To stay awake, the president does not turn to caffeine. He rarely drinks coffee or tea, and more often has a bottle of water next to him than a soda. His friends say his only snack at night is seven lightly salted almonds.” Not surprisingly, the twitterati were intrigued…

Million dollar idea: Obamalmonds, which are just packages of seven almonds for a disciplined snack.

That was a 10-almond speech.

…until POTUS clarified after his Democratic National Convention speech earlier this week that it was all meant to be a joke. According to a report in The Guardian, Obama told the NBC on Thursday that “So, Michelle (Obama) and Sam Kass, who was our chef here, one night they were talking about me and teasing me about how disciplined I was, that I didn’t have potato chips or I didn’t have a piece of cake… And this is when Michelle said: ‘Yes, and he just has seven almonds. That’s it.’ To really drive home the point that I needed to loosen up a little bit. And Sam relayed this joke to the New York Times in the article and somehow it was relayed as if I was counting out the seven almonds.” 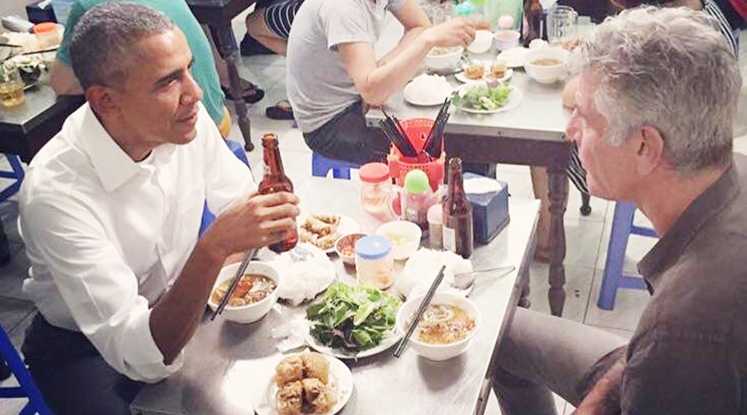 Obama and Bourdain in Hanoi. Photo via Instagram/anthonybourdain

For the record, Obama loves his food nice and meaty, and relishes hot dogs, pastries, and burgers. He is also known to be very happy if there is salmon for dinner, and his favourite restaurant, according to Time magazine, is Alan Wong’s Honolulu, in Hawaii. And about two months ago, he had a dinner date with Anthony Bourdain in Hanoi, in Vietnam. The president and the author dined on Bun cha, grilled pork and rice noodles at Bun Cha Huong Lien restaurant in Hanoi’s old quarter. The meal cost $6, and Bourdain picked up the tab.