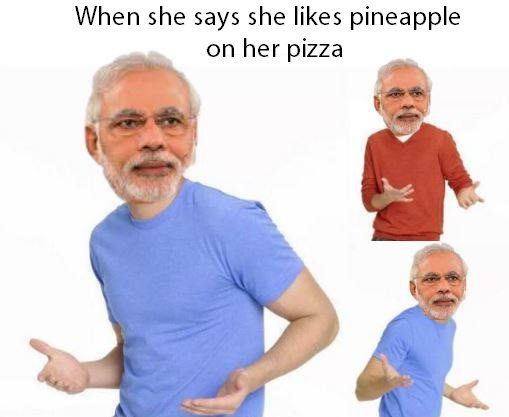 Earlier this year Pizza Express introduced a new menu that featured a Hawaiian pizza. The new addition to the menu had ham, white bechamel sauce and sweet pineapple chutney. Anywhere else in the world, there would have been a swarm of protest from people who don’t like pineapple on their pizza — in any form — but Indians, on the whole, seem to be okay with fruit — that one particular fruit — on their pizza. Abroad, though, P-on-P has polarised people like no other topping has done in recent times. It has inspired hundreds of memes, generated reams of discussion on sites such as Reddit and Quora and even has Facebook pages devoted to, or railing against, the practice. 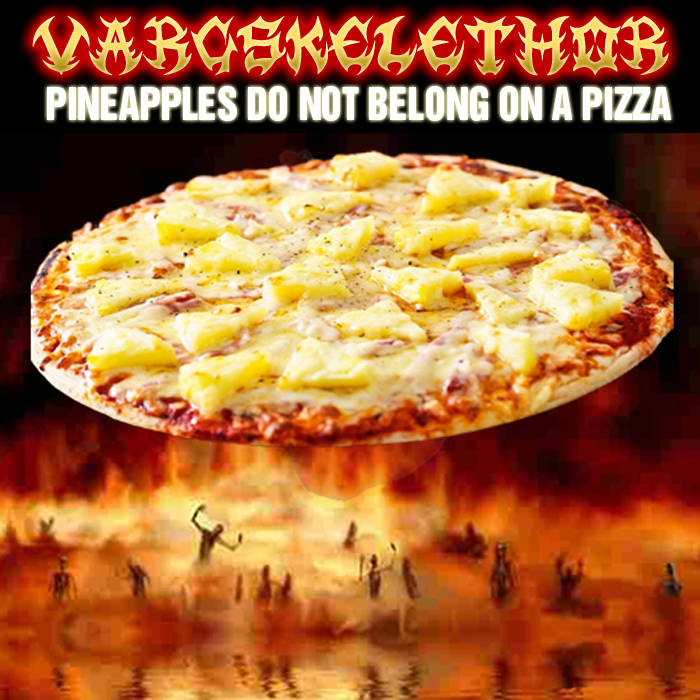 Clearly not a fan. Via vargskelethor.bandcamp.com

Purists on Quora think that the pineapple is an extremely wet fruit, and too much moisture in pizza toppings will ruin the crust.  Plus, they say that it’s just too sweet to pair well  with traditional skim milk mozzarella or buffalo mozzarella.  But, on the other hand, advocates on P-on-P and of fruit on pizza say that the tomato is technically a fruit, and so are peppers. Plus, they say that as long as it tastes nice, it’s all good. 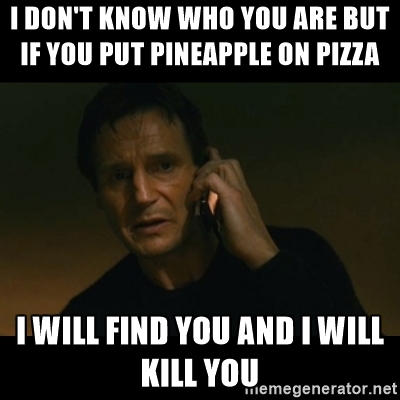 The man who first thought of putting pineapple on a pizza is, apparently, a Greek named Sam Panopolous, and he actually sold pizza with pineapples on it in Canada sometime in the mid-1960s. According to the Toronto Sun, “Whether he knew it or not, Panopolous’ pizza tapped into the culinary zeitgeist. The tiki trend, which popularized all things Polynesian — especially cocktails carved from coconuts and pineapples — was still going strong when Panopoulos first plopped fruit on his pizza.” When the newspaper asked him whether he was the man who actually came up with the ‘Polynesian Perversion’, Panopolous replied, “What do you mean I might have? — I did.” 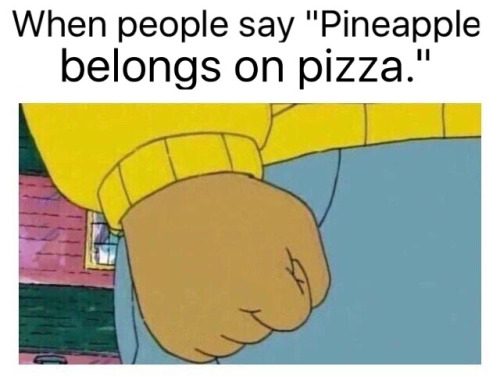 Irrespective of which camp you are in, what is clear is that the P-on-P battle will rage for a long time, as long and as pleasantly entertaining as the Hummus wars in the Middle East, and as intense as Italy and France’s recent skirmish over carbonara.