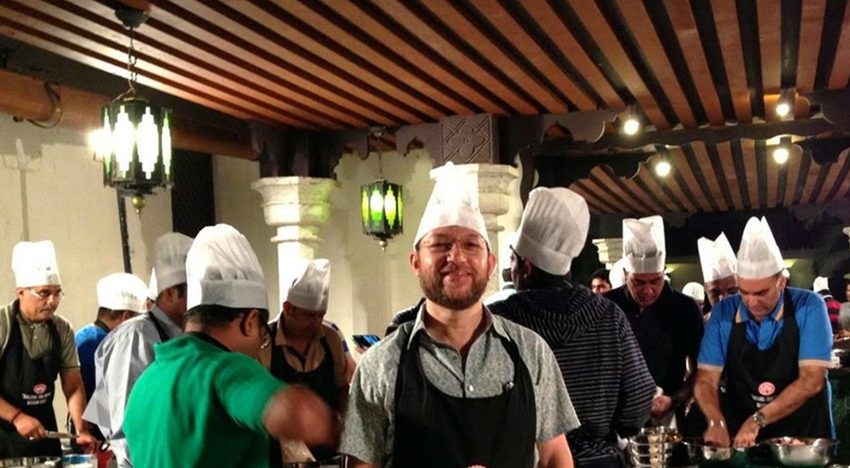 Real bread, according to Sujit Sumitran, 54,  is not the kind that’s baked using commercial yeast. It is the rustic classic sourdough loaf, made using natural wild yeast, with a hard and crackling crust that puts a song in his soul. “This is the kind of bread that was baked thousands of years ago and once you start eating sourdough, you don’t want to touch the stuff baked with commercial yeast – it has no texture, no flavour and no nutrition,” he says.

Goa-based Sumitran bakes every alternate day and if you look at his Instagram account @sujitsumitran, it’s difficult to believe that he took to baking just two years agot. He has baked with nolen gur (palm jaggery, a winter favourite of Bengalis) and aam kasundi (raw mango and mustard paste also from Bengal),  kottamalli thokku (spicy coriander relish from Tamil Nadu), kasuri methi (dried fenugreek leaves) with green chillies and paanch phoran (the Bengali five-spice mix of nigella, fennel, fenugreek, mustard and cumin seeds). “I’ve even used the tayir sadam (South Indian curd rice) tempering (mustard seeds, curry leaves, cumin seeds, red chillies and asafoetida) and have been really happy with the results,” says Sumitran, “I look for slightly different or even weird ingredients when I travel, and I’ve realised that I love playing around with Indian flavours.”

A leadership coach by profession, Sumitran says that his earliest memories of bread were made while growing up in Mumbai. “I was the one who was always sent out to buy bread, and I remember buying Wibs or Modern. I would use the bread packets to cover our school notebooks because brown paper would wear off quickly.” It was in the late Eighties, in Chennai, that he got hooked onto flavoured bread. “I knew nothing about bread and remember going to Hot Breads, which had just opened,” says Sumitran, “For the first time, I picked up buns stuffed with all kinds of goodies – cheese, vegetables, mince.” Baking began when his wife drew his attention to a bread-making machine. “I tend to get attracted to gizmos, but I was really disappointed with the output of the bread-maker and was getting tired of the predictable results using commercial yeast.” He searched extensively for alternatives online besides blogging and reaching out to artisanal bread makers on social media.

In mid 2014, when he had almost given up, Sumitran received a package from across the globe from another ardent baker, or a “Samaritan from San Francisco”, as Sumitran describes him. It contained two dehydrated starters or natural yeast – the Ischia (an Italian culture) and the San Francisco starter. “It’s almost as if the universe had conspired to fulfill a life-long love story with baking bread.” He’s avoided baking with commercial yeast since. 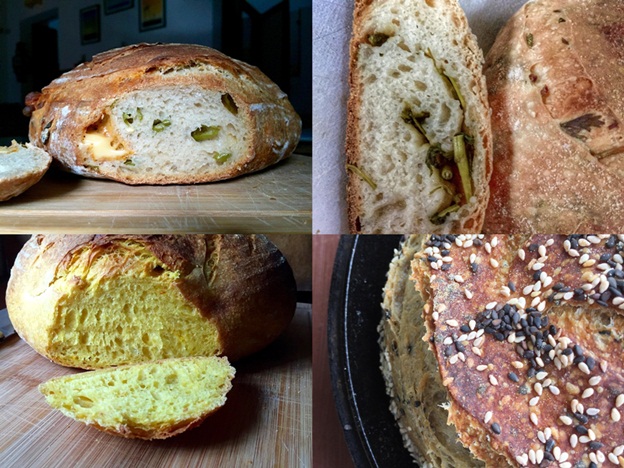 Another tipping point for his baking was when his parents started living with him. “I had somebody to feed. My dad is 92 and my mom is 80. They struggle to eat the crusty bread, so I started baking enriched bread with eggs and milk which make the loaf soft and pillowy. Soon, I also added veggies to the bread so they could eat it with Indian curries.” His saffron and potato sourdough was one such successful experiment.  Almost a year into baking, he switched to a cast iron Dutch oven instead for better results.

Over time, Sumitran realised that baking is no ordinary craft. “It’s a sensory experience. When you make bread, the damn thing comes alive, grows and multiplies. You’re constantly touching and feeling to check when the dough is ready. The wisdom lies in the touch and it’s almost like how a physiotherapist or a masseur operates. You intuitively figure how to knead and what to do.” Sumitran takes about a minimum of eight staggered hours to make a single loaf of sourdough bread. “The store-bought yeast takes about three hours from start to finish, but that’s because it’s super strong and super efficient,” says Sumitran, “But the ideas of convenience, speed and efficiency are baloney when it comes to food. I think commercial yeast is the reason why so many people are now gluten intolerant, simply because the dough hasn’t been given the time to be broken down by a natural, organic process.”