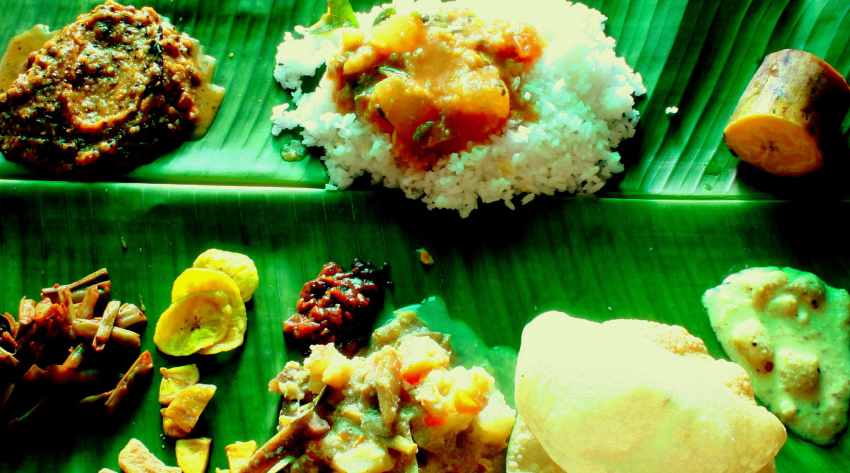 Ever since it was launched in late 2015, Bangalore-based Kappa Chakka Kandhari, a Kerala-focused boutique food discovery platform,  has stitched together some fairly well-attended events, including a Kerala ‘toddy-shop’ pop-up in Chennai earlier this year. Now, Augustine Kurian, Chef Regi Mathew and John Paul, the three Malayalis who run KCK (named after named after tapioca, jackfruit and kandhari chilli), are putting together a massive Onam feast in the city. The OnaSadhya, or traditional Onam feast, says Kurian, “will comprise of 28 items, and there will also be an Onam flea market.”

“This is as authentic as it can get in Bangalore. We will have everything from kaipakka chips and olan to puli inji and rasam. We are also looking to serve four varieties of payasam, including pal ada prathaman,” says Kurian.  The feast will be held at Marathahalli, and the kitchen will be helmed by cooks from Kerala and the food will be prepared on wood fire, says Kurian. KCK’s Onam event is no pop-up, and the plan is to be able to accommodate around 600 people at one go. The event will run from September 10 to September 14, and there will be special stalls for payasams and take away counters. Augustine and team are geared to “serve around 10,000 sadhyas’. The meal — either lunch or dinner — will be priced at Rs 499. For more details and to book tickets, head here.