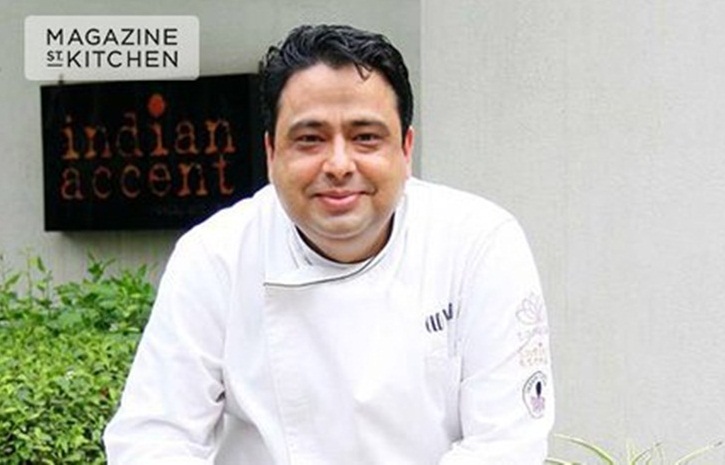 Will the Mishti Doi Cannoli with Amaranth Laddoo make it to the menu? If yes, would it be paired with a dessert wine? Will the Papdi Pizza be served as an entrée or will it be the Khandvi and Goat Cheese pinwheel? So many questions on our mind ever since it was announced that Chef Manish Mehrotra will host a series of dinners and lunches for the first time in Mumbai.

Mehrotra has won rave reviews and awards for Indian Accent, the modern Indian cuisine restaurant in New Delhi, which recently launched its New York outpost that has also garnered some high praise. In India, Indian Accent has won the San Pellegrino Best Restaurant award by Asia’s 50 Best Restaurants 2016 for the second consecutive year and is the only restaurant from India in S. Pellegrino’s list of 100 Best Restaurants in the World. The celebrated chef will be in Mumbai at the end of the month at Magazine St Kitchen to treat the city’s gourmands to a multi-course menu.

To book a seat for lunch or dinner between September 25-27 go here. The cost per meal is Rs 5,000 onwards and you can choose a menu that includes a wine pairing.