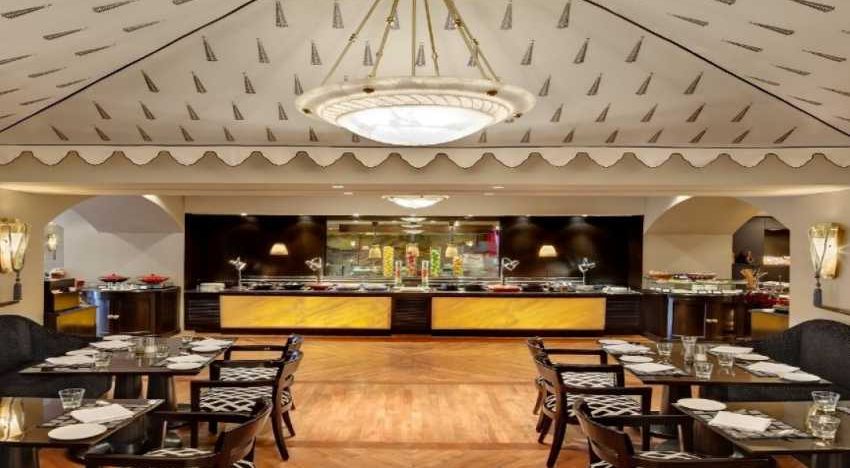 The Shamiana at the Taj Mahal Palace, in Mumbai, is changing. Over forty years since it came into being as the city’s original 24-hour coffee shop, and another decade or so after its last sprucing up, the space is set to go “all-day dining”. The new Shamiana, which will open later this week, will have a completely new decor, menu and attitude. Despite being not as spoken about as, say, the Sea Lounge at the hotel, the Shamiana, which served everything from  Kheema Pav to Seekh Kababs and Onion Rava Masala Dosa to Lamb Massaman Curry (besides those buffets), was very much a habit for most people, especially South Mumbaikars. Amit Chaudhary, the executive chef at the Taj, will is overseeing the culinary makeover, and the news is that the Shamiana will be the first restaurant at the Taj that will feature dishes from the special Autograph menu, which will feature signature dishes from the group’s various properties . This is in line with Taj Hotels’ ‘Tajness’ initiative, which seeks to deliver “consistency in service” across its hotels in the country.

Mamagoto, one of our favourite Pan-Asian eateries, has just introduced a new Unlimited Dim Sum lunch menu. The 3-course lunch will feature Mamagoto classics, of course, but patrons can also look forward to the debut of Street Style Dumpling , Old School Gyoza Dumpling, Traditional Peking Dumpling, among others. If just dim sums don’t do it for you, there’s always stuff such as the Tofu Three Pepper Bomb and Crispy Fish Fillet with Black Pepper Sauce. At Mamagoto in Bandra and Kala Ghoda, 12:30pm onwards, Rs 699