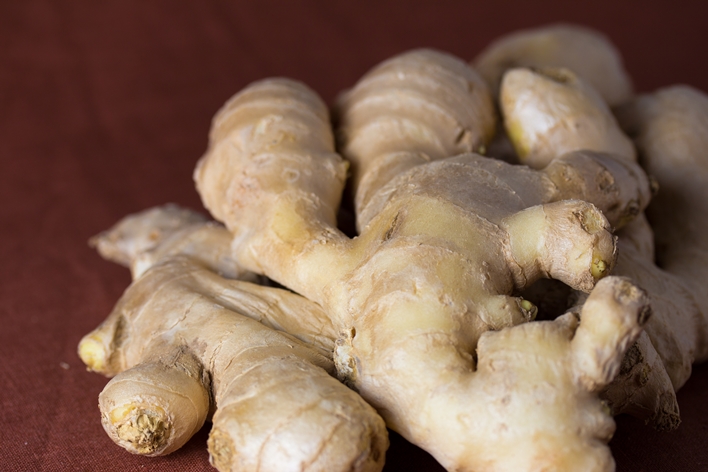 As a natural antiviral, ginger helps combat viruses and bacteria that cause common cold. Source: Veganbaking.net/Flickr

The unbearable October heat is gone and there’s a nip in the air, especially in the morning and evenings. As the temperature continues to drop, it’s likely that respiratory ailments will be on the rise. It all begins with a common cold and since there’s no real cure for it, all you can do is ease some of the symptoms while building your immunity to fight the viral infection. Here are some foods that you can include in your daily meals to combat sniffles caused by seasonal changes.

A strong immune system will definitely help you fight off the infection sooner. For this, a balanced diet (in general) is vital. For those who are late to the party, begin by amping up the vitamin C content in your diet – think lemons, oranges, and leafy veggies like coriander as well as broccoli.

Staying hydrated is probably one of the easiest and an effective ways to beat the flu. It replenishes water lost from the body and helps flush out the toxins. Make sure to have warm water through the day, especially to help soothe a sore throat or stuffiness.

You probably detested your grandmother for forcing you to have haldi-doodh as a child but she was absolutely right. Turmeric has curcumin as its main active ingredient. It is a powerful antioxidant with excellent anti-inflammatory properties. To make the warm yellow milk potion a tad more palatable, drop in 1-2 strands of saffron – it makes for a pleasant taste and a slightly sweet aroma.

A combination of lemon, cinnamon and honey is also effective in helping soothe a sore throat and a stuffy nose. Add 3 tbsp honey to a small saucepan, use a double boiler to thin it and add in a pinch of cinnamon followed by the juice of half a lemon.

Jaggery syrup also helps to relieve chest congestion. Boil water with black pepper, add in a pinch of cumin and a lump of jaggery. Sip on it while lukewarm for best results.