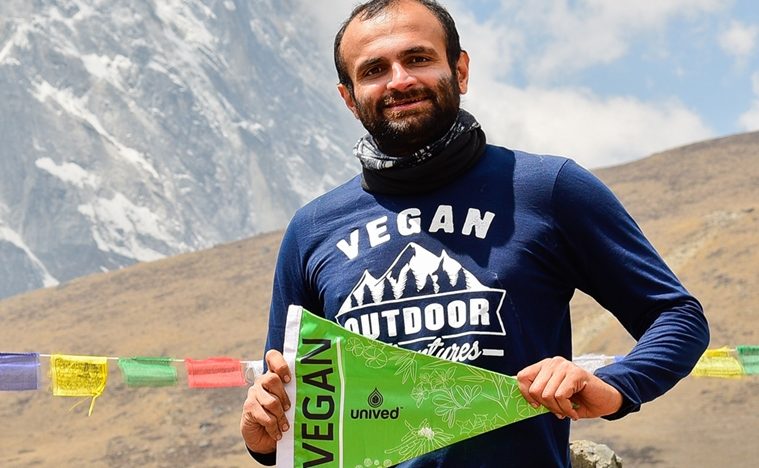 Joisher survived on vegan energy gels in camp 4, or what is better known as the Death Zone.

About three years ago, when Kuntal Joisher started training seriously for his attempt to climb Mount Everest, a lot of his compatriots and other climbers were sceptical. A few vegetarians may have summited the world’s highest mountain, but no one had ever heard of a vegan attempting, or climbing, Everest. And, their scepticism was not entirely misplaced. A diet rich in meat and diary is especially recommended while climbing Everest, and doctors and dieticians think that while being vegan won’t stop you from being an elite athlete (or mountaineer), the rules are slightly different if you are a vegan. You’ve just got to try that much harder.

But, on May 19 this year, after a 45-day expedition, Joisher, 36, stood atop Everest. We met the mountaineer, who is from a vegetarian Kutchi family and has been vegan for 14 years, at his residence in the eastern suburbs of Mumbai. Joisher’s feat was, sort of eclipsed, by the death of Maria Styrdom. Styrdom, also vegan, attempted Everest at the same time as Joisher in an attempt to prove that ‘vegans can do anything’, but succumbed to altitude sickness.

“She died of altitude sickness near the summit. You have to detect it early on. There is no known scientific cure for it and the only thing you can do is descend. Over 300 people have died trying to climb Everest, and all of them were meat-eaters, but something goes wrong with one vegan, and it’s the biggest news across the planet,” says Joisher, who says he trained for any and every eventuality.

Everest is attacked in stages, from base camp to Camp 1 and all the way to 4, and then the final ascent. “I’ve always prepared for the worst. Once a week, I would train with no food and water — 12 hours of hard, solid training in which I pushed myself beyond all levels.” 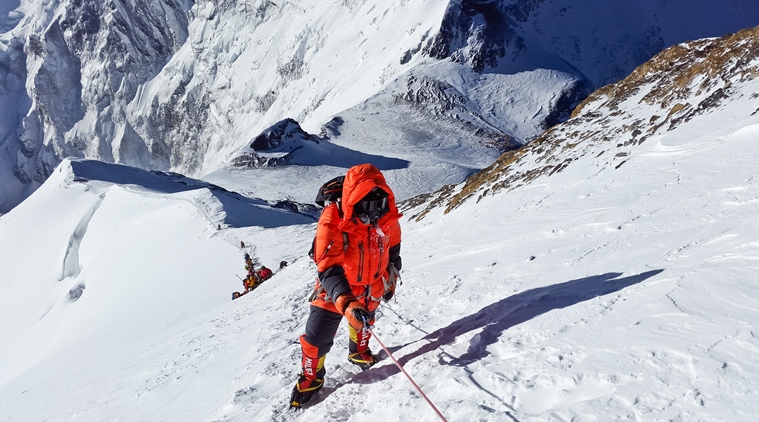 The Mumbai-based mountaineer ate all of two Oreo biscuits all the way between Camp 3 to 4 to the summit and back to camp 2, which was four days in and beyond the death zone.

Until climbers reach camp 4, they retain an appetite. So non-vegans, for instance, would be eating protein-rich foods such as eggs, beef jerky, yak cheese, canned tuna and so on, but electrolytes and carbs are all you need in the mountains, according to Joisher. “Meat and other proteins take too long to digest, and your body would be needlessly expending energy to digest this food.”

Between Camp 3 to 4 to the summit and back to camp 2, which was four days in and beyond the Death Zone (above 26,000 ft), all Joisher ate were two Oreo biscuits. “They’re vegan by the way,” he points out happily. While climbing, and especially in the Death Zone, Joisher made use of energy gels, which are also popular with marathoners. His were vegan, of course, and made by a company named Unived. The gels contain electrolytes and carbohydrates that are instantly released into the blood. “So, it’s not like eating a piece of chocolate and waiting for 10 hours for that to be converted to energy. On Everest, you don’t have 10 hours. From what I’ve read, it’s known as the Death Zone because the body cannot acclimatise on its own here. The body begins to eat itself to survive because there’s no actual food going in.”

While at the Mount Everest base camp, preparing for the climb, the food Joisher eat included poha, puri bhaji, vegan Tibetan bread and pancakes, dal-rice, vegan pasta and burgers, and his favourite dish, pav bhaji. “There were two birthdays and one summit party and on all three occasions, we had both vegan and non-vegan cake baked separately. So I don’t think I missed out on anything,” he says. 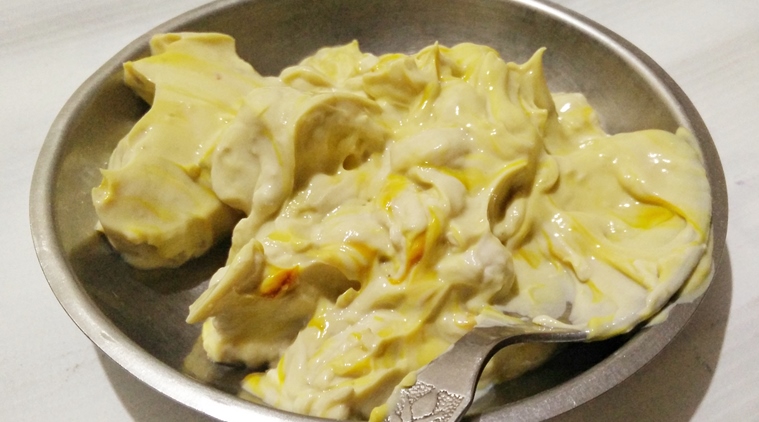 Joisher, who has been vegan for 14 years, even makes vegan shrikhand using soy milk and says it tastes just like the original.

It’s only when Joisher is training that he maintains a low to zero-oil diet. “My mother and wife are vegetarian. I’m the only vegan at home, so I cook only if I feel that what they’ve made is not suitable to my diet.” He has bought himself a soy milk maker and makes milk using cashew nuts, peanuts, almonds, rice and even rajma. “Once I realised I could make curd from rajma and peanuts, I began drinking lassi and adding curd to every meal. We Kutchis drink a lot of chaas (buttermilk) so that was the one thing I sort of missed and was so happy to be able to drink it after 14 years.” And luckily for him, Joisher has never been a fan of white rice, tea, coffee or ghee. “So my day typically begins with a green smoothie with pudina (mint), palak (spinach) and dhania (coriander).” He convinces us that it doesn’t taste horrible because he adds “a lot of kelas, dates and ice to it.”

And what was the first thing that he ate when he reached the base camp after his descent? Paper masala dosa. “It’s twice the size of a normal dosa.”