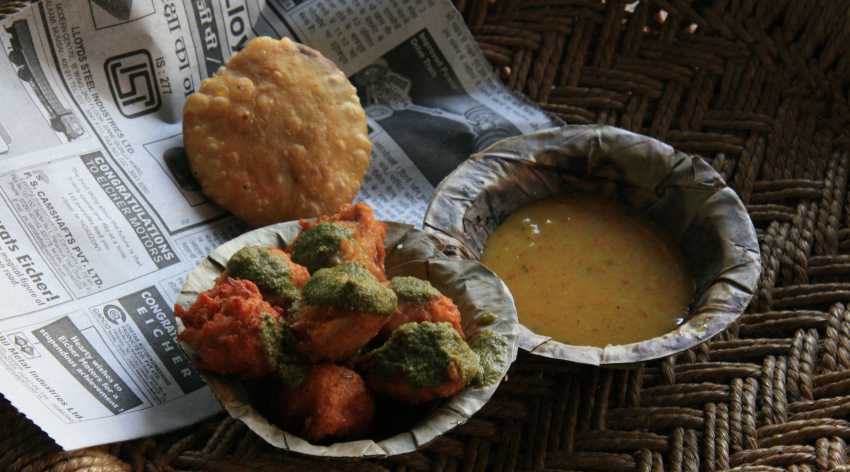 Marketers from the days of Dalda in the ’30s have been trying to change the cooking habits of Indians, writes Ambi Parameswaran, former executive director of the ad agency FCB Ulka. Parameswaran, who has four decades worth of advertising work behind him, recently released his sixth book Nawab, Nudes, Noodles, published by Pan Macmillan. In the book, he looks at ads that dramatically impacted how Indians ate. Here’s a list of them with excerpts from the book.

Complan
“Indian advertising has been using kids in their narrative since the mid-’50s. Complan took it to another level in the early ’80s when it featured a boy and a girl in its ad. Played by kid models who would become future film stars, Shahid Kapoor and Ayesha Takia, the ad had them singing ‘I am a Complan girl, I am a Complan boy … and we love our Complan mummy’. In a sense, it was the first of its kind where the girl child was the centre of the story line. She plays basketball, she helps her mother. But the brand could not get typecast as a girl brand, so they did have a son in the story who adds, ‘I am a Complan boy’. Experts say that along with Farex, which was positioned as a ‘weaning food’ for infants, Complan changed the way child nutrition was perceived and promoted in the country. Till Complan came on the scene and started speaking about child growth, Indian children were growing on their own and did not need any special additive. But Complan changed that narrative.”

Cadbury
“The ad, written by Piyush Pandey of Ogilvy & Mather and directed by Mahesh Mathai, would go down as one of the most remembered ads of the decade, maybe even several decades. This advertisement did its magic for Cadbury, but also, more importantly, it broke the Cricket-Nawab-Suiting nexus. Though the Cadbury film showed ladies and gents in their Sunday best, sitting appropriately, the final dance broke that mirage. The final dance was purely animalistic and an expression of joy. After her famous dance, Shimona Rashi was permanently referred to as the Cadbury girl. In fact, even the late model-VJ turned film star, Sophia Haque had been, mistakenly, referred to as the Cadbury cricket model.” 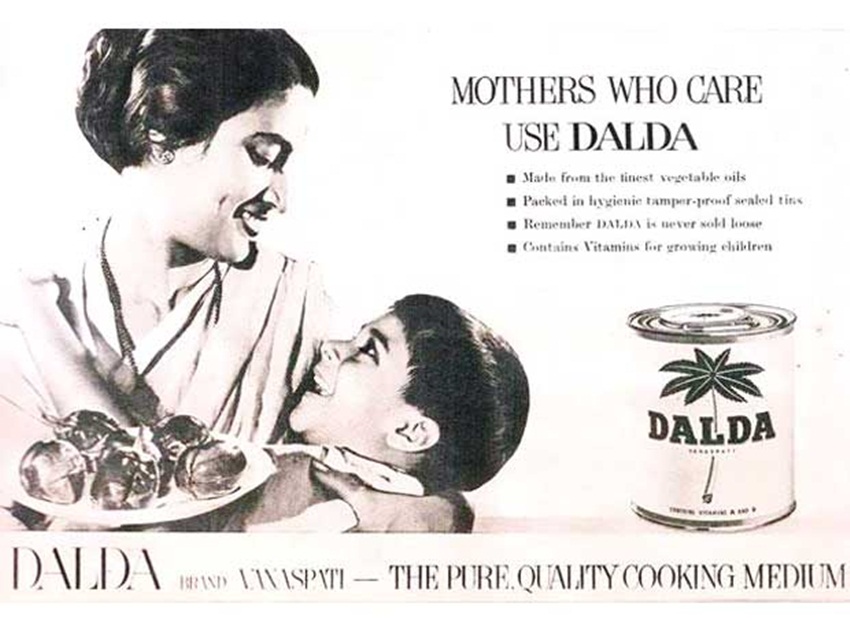 “Gerson da Cunha, the ad veteran who went on to become the CEO of Lintas – Levers International Advertising Services – which later became Lowe Lintas, recalls how Lever Brothers roped in Lintas to build the Dalda brand in the ’50s and ’60s. Gerson recalls how Lintas was tasked to create print advertisements in over thirteen languages and each language version had to be created ground up, to reflect the cooking habits of that linguistic group. After many months of struggle it was Kersy Katrak who gave the breakthrough theme for Dalda – ‘Mothers  who care use Dalda’. Cooking mediums or cooking oils are the second-most expensive food item in the family food budget – the most expensive being milk, more on that later.”

Doodh
“When National Dairy Development Board, under the guidance of the Milkman of India, Dr V Kurien, wanted us to create an ad to popularize the consumption of milk, the team wrote a snappy jingle that used the Hindi word for milk – ‘Doodh’ – as the musical refrain. The jingle which touted the many benefits of milk – ‘Doodh doodh doodh doodh, wonderful doodh, piyo glassful’ – was set to a reggae tune. This type of music derives its origins from Jamaican dance music.”

Sundrop
“All cooking oil brand advertising in the late ’80s looked the same – kitchen, dining table, admiring mother-in-law. An agency had been briefed about the launch of a new sunflower oil. The name was decided – Sundrop. The company, ITC. The agency, FCB Ulka. The market was dominated by groundnut oil and sunflower was a relatively unknown species. Hindustan Lever had just launched Flora, its brand of sunflower oil. While Flora was positioned as a ‘light oil’, it was felt that Sundrop needed to be positioned at the belly of the market, literally. Given the characteristics of the sunflower oil, it was felt that the brand could carry the tag ‘Healthy oil’. So while Saffola, which was made from safflower oil, was positioned as a pricey ‘Healthy oil for the unhealthy’, Sunflower had to figure out an interesting space to occupy. How to break through the clutter and stand out? How to communicate the proposition ‘Healthy oil for the healthy’? The creative team working on the brand hit on the idea of using a child as a short-code to spell health for the healthy. And then they literally made the kid stand on his head. The cartwheeling Sundrop kid, dressed in a yellow track suit, went on to tug at the heartstrings of mothers to make Sundrop the largest selling cooking oil brand within a few years of its launch in 1989.”

Uncle Chipps
“The first big national campaign that used what we today call ‘Hinglish’ was the campaign for Uncle Chipps created by Contract Advertising, Delhi. The jingle and line went on to be on the lips of many Indians, not just because the line literally was ‘Bole mere lips, I love Uncle Chipps’ (My lips say, I love Uncle Chipps). The brand from Amrit Agro Ltd was launched in 1992 and had a jingle that, for the first time, used English and Hindi words together. The language wall had finally fallen. The brand went on to become the biggest-selling branded chips in the country and was finally sold to Frito-Lays (Pepsico Foods) in 2000.”