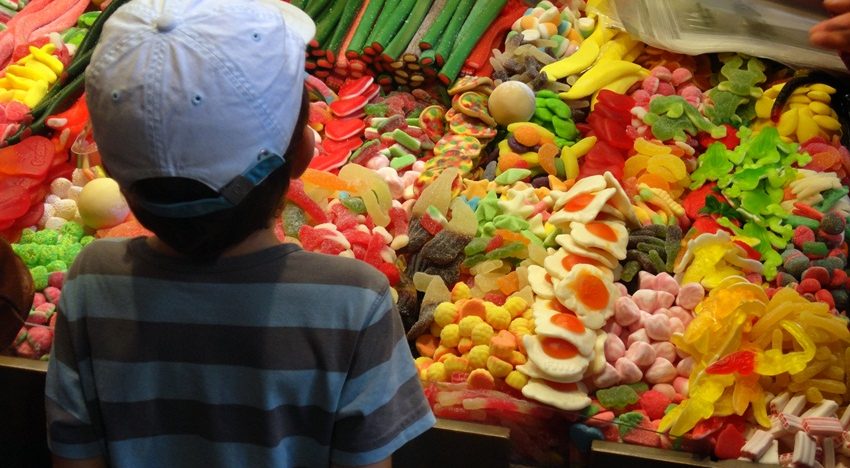 What will it be? Veggies or candy? Parents can influence their kids’ eating habits by example Photograph by Danys89/Flickr

Kids pick up cues very early on and a new American study, conducted by Proceedings of the National Academy of Sciences of the United States of America, suggests that they make their food choices when they’re infants. So if you can’t stop reaching for that big of chips or that tub of ice cream when you’re around infants, chances are that these kids will also grow up to eat junk. Infants perceive expressions of disgust as a potential threat and when parents or those around them reject food, they end up disliking them too when they are older. According to the study, “Infants generalize disgust toward a food even across people who belong to different groups, suggesting that infants are particularly vigilant to social information that might signal danger.”

So watch not only what you eat around infants but also what others might be eating. “A main finding from this research is that babies learning about food is fundamentally social. When they see someone eat a food, they can use the person’s reaction to the food to learn about the food itself, such as whether it is edible, and also to learn about the people who are eating the food,” says Zoe Liberman, co-author of the study and an assistant professor in UC Santa Barbara’s Department of Psychological and Brain Sciences.

These early food choices are also a way of marking cultural identity and building social relationships in the future, indicating that an infant’s cognitive process around food is rather sophisticated.  “Babies don’t just learn that a food is good, they learn that a specific kind of people like that food. Eating is a very social activity,” says Liberman. “There’s a great quote attributed to Epicurus. He says, ‘We should look for someone to eat and drink with before looking for something to eat and drink, for dining alone is leading the life of a lion or wolf.’ His point still rings clear today: It’s not only about what you’re eating, it’s about who you’re with, and how the people you eat with might influence your food choices.” The next time you sit down for a meal with your friends around an infant, remember to take an extra portion of salad. Hey, nobody said raising a kid was easy.