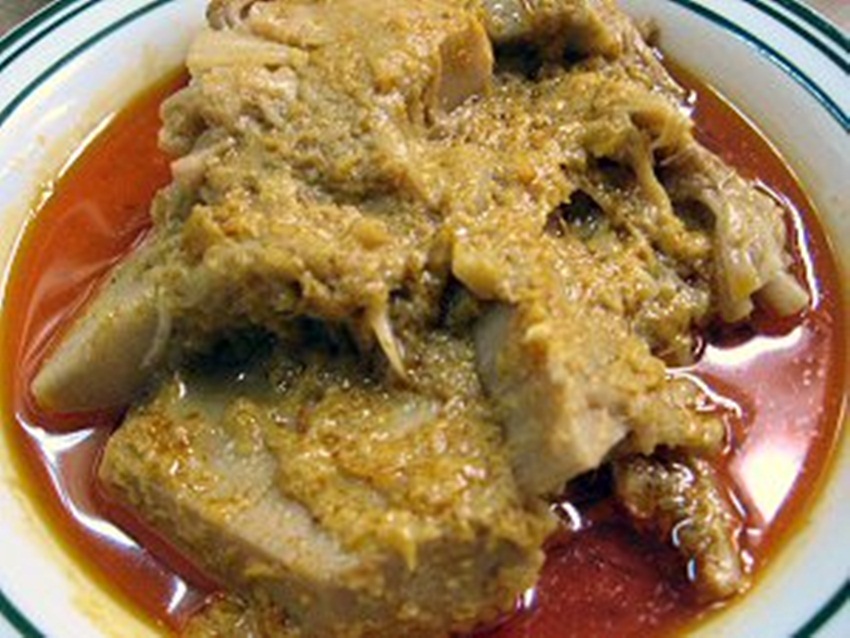 This jackfruit curry even looks like it’s got chunks of mutton doesn’t it? Photograph by Krista/Flickr

A lot of us don’t understand vegans and vegetarians very well. What’s even more baffling is mock meat and why one would suffer the indignity of eating it. Having said that, we’ve had several vegetarian and non-vegetarian friends, who wanted to turn not just vegetarian but completely do away with animal protein in their diet, by becoming vegan. Some switch for health reasons and of course, ethical reasons play a big role in veganism and vegetarianism. Of course, one of the most famous stories of a vegetarian feast is from the kitchen of Imtiaz Qureshi, the first chef to win a Padma Shree award. The Delhi-based chef cooked an entirely vegetarian meal at the behest of the country’s first Prime Minister Jawaharlal Nehru, a meat-loving gourmand, and made shammi kebabs from lotus stem and musallam, a Mughlai classic with bottle gourd, which took his guests completely by surprise.

While we haven’t had the honour of eating at Qureshi’s table, here are three of the best fake meat dishes that we have tasted and can vouch for

Shiitake mushroom sauce has the perfect balance of umami and meatiness, which you would find in say, oyster sauce. We’ve made shiitake mushroom strips that stepped in for bacon when we’ve hosted recently-turned-vegan guests and they were shocked at how familiar this taste was.

Bengalis love jackfruit and often substitute meat with raw jackfruit, when they need to follow a meat-free diet – for instance, during a mourning period. Echorer Dalna, is a traditional Bengali spicy curry starring raw jackfruit, which is so chewy and meaty, you’d be forgiven for thinking that you’re tucking into good mutton.

No one makes a better soy chunk biryani taste meaty like a South Indian does. We’ve had fantastic soya bean biryani at homes in Hyderabad, Chennai and Bengaluru. Chunks of soya, which have soaked up the juices of a good dum biryani, make for the closest thing you’ll get to stringy meat in this dish.