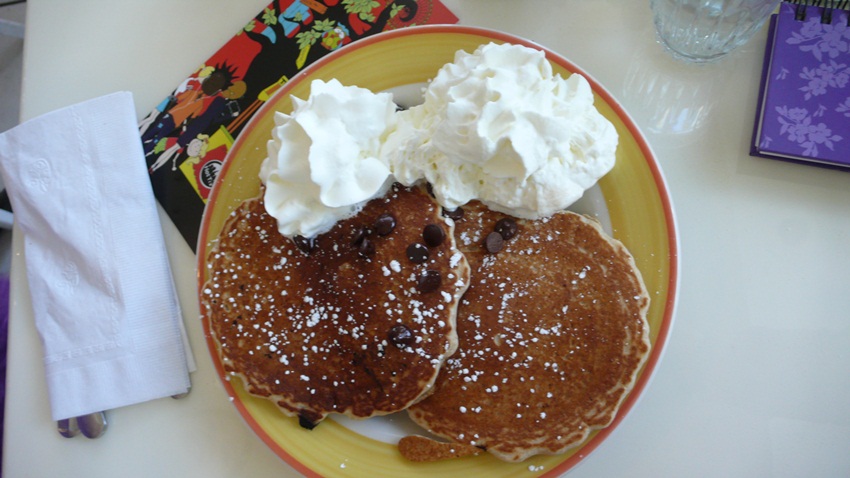 We didn’t see this coming. When we were scrolling through our Insta feed earlier this week, The Rock held up his phone looking ripped and ready. To eat a fat stack of pancakes. The Canadian-American actor said that he had just returned from work and was set to make his world-famous pancakes. What goes into them? Aunt Jemima’s maple syrup, Reddi whipped cream, buttermilk made using Aunt Jemima’s mix and a packet of Nestle milk chocolate chips. “Not semi-sweet,” he said, “I like the milk chocolate because it’s that sweet chocolate. Plus ‘Sweet Chocolate’ was my nickname in college.”

This is not the first time that The Rock has admitted to his love for chocolate chip pancakes. Earlier this year, while shooting for The Baywatch, the actor indulged in pancakes with sliced bananas and choco chips on one of his cheat days.

Strict diet while shooting, so about every 4 days we have to implement "DJ Heaven".. #LateNightCarbUp #SteakAndWholeEggs #ChocolateChipBananaPancakes Destroying begins in 3…2…

The 44-year-old actor, who maintains a strict diet regimen, ended the video saying that he would destroy the stack of “fatties,” referring to the pancakes sitting on the griddle. Now pancakes for a late night snack may not be a great idea unless you’re in as good a shape as the Ballers star. Don’t say we didn’t warn you.