There is an expression in the Bengali language, “phoron-kata”, that defies translation. However, if I were to attempt to do so it would mean an unexpected smart quip (a.k.a. a wisecrack) in a conversation that could change the entire flavour and flow of the adda for the good or bad. If you were to think visually, it is that very moment when things are going smoothly in the kitchen, the oil is at smoking point, you add the tempering – and everything changes in a nanosecond, the flavour of the dish hanging precariously on your timing.

The word ‘Phoron’ in Bengali means tempering, an integral part of Indian cuisine but perhaps the most important process in the cuisine of eastern India. It draws its roots from the Sanskrit word ‘Sphoton’, which means an outburst or a kind of explosion.  The expression ‘phoron-kata’ then takes on larger meaning, indicative of how the Bengali ethos is so very intimately connected to its food.

Curiously enough, Bengal is best known for its use of the celebrated Paanch Phoron or the Five Spice mixture, although it is perhaps as common in neighbouring Bihar, spilling over to Assam and Orissa, and is firmly entrenched in southern Nepali cuisine as well. In Nepal it is known as padkaune masala, in Assam as pas phoron and in Odisha as panchu phutana.

I have often wondered about this mix of five spices unique to eastern India. From no tempering in the tribal cultures of the East to this unexpected combination that melds together to form a single, distinctive burst of flavour, it must in itself have a tale to tell. To run you quickly through the combination, paanch phoron is a mix of equal portions of the seeds of whole cumin, fenugreek, fennel, nigella seeds and black mustard. Bengal uses a sixth according to preference, replacing black mustard seeds with a spice called randhuni, loosely termed wild celery seeds. The mystery deepens when we discover that randhuni is known as ajmod in North India — therefore not really unknown — is used only in Bengal, Thailand and Myanmar. But to return to the five-spice mix, how, when and why did it enter the cuisine of the East?

The first thought that crosses my mind is the Chinese Five Spice powder, a bouquet garni of five spices though it can be made up of seven or eight different spices. The basic five-spice comprises star anise, cinnamon, fennel seeds, sichuan peppercorns and cloves. The only difference is that the spices are blended together into a powder.  However, while paanch phoron is a mix of whole seeds, in Bengal, it is also dry-roasted and used in its powdered form in certain dishes. Seemingly tenuous, this thread, nevertheless, gave me the clue I was looking for.

The Chinese Naturalism school of thought rests on the yin-yang and the ‘five-elements’ concept of all nature being made up of varying combinations of metal, wood, water, fire and earth. So food and culture, too, figure in the mystique of this sacred number. Neijing, the ancient Chinese book of medicine, lays down that the body needs five flavours to live: five grains for nourishment, five fruits for support, five animals for benefit and five vegetables for energy. It then repeats itself in the 5 tastes – sweet, sour, bitter, pungent and salty, a sixth joining in, in the hands of an expert cook to introduce the umami element.

It is then a seamless move into the Indian discourse on the Panchabut or five elements of earth, fire, water, air and ether; Panchendriya or five senses; five Pranas or the energies that control our faculties and consciousness; Pancha Prayag or the confluence of five sacred rivers; Panchajanya, the five ancient Aryan tribes, also the name of Lord Krishna’s conch shell; Panch Kahan (kahani) or five stories, a figure of speech indicating verbosity; Pancha Pradip or a minimum of five lamps lit on auspicious occasions; and Panchamrit, a mixture of five nectars in Hindu religious rituals – milk, yoghurt, honey, ghee and sugar, with crushed basil leaves adding the sixth unknown element.

The Chinese Five Spice powder is a bouquet garni of five spices, and Neijing, the ancient Chinese book
of medicine, lays down that the body needs five flavours to live. Tim Sackton/Flickr

However, Bengal manages to further intrigue with the number 5 popping up significantly in daily food – paanch phoron, the subject of this story; paanchmeshali, a mix of five vegetables or more that together create different dynamics of taste and texture and is routinely made in any Bengali home; paanch-phol (five different fruits) and paanch bhaja (five different fried vegetables or fish) for auspicious meals; panchabyanjon (five dishes), a figurative term that is used for a lavish meal for a revered guest beginning with a minimum of five items. In one of the Mangalkavyas, the Haramangal, we find the goddess Durga advising Lord Shiva to take up agriculture and cultivate Panchashashya or five crops – rice, sesame, barley, mustard and cotton.

The commonality with ancient China stands out loud and clear. How did this happen, given that ancient Indian philosophical thought was pan-Indian and not just about Bengal? The mystery deepens when one realises that until the 8th century, Bengal as a composite culture and homogenous people did not exist. It was a fluid patchwork of shifting territories and seats of power inhabited mainly by tribal communities. 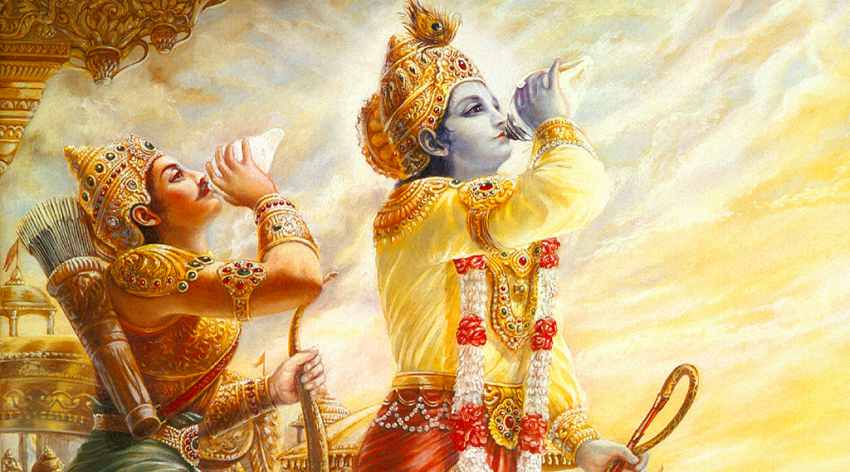 In the 8th century, the powerful Pala dynasty established its hegemony over the region that is modern Bengal, Bangladesh and Bihar, extending its hold over four centuries to Orissa at one end and modern Assam at the other. To cut a long history lesson short, it was this 400 years of uninterrupted peace and prosperity that gave birth to the Bengali people, their identity, culture, language, literature and script. So what? How does it explain paanch phoron, you ask?

The Palas, while upholding the tenets of religious tolerance, were devout Buddhists and it was during their reign that Mahayana Buddhism spread to Tibet, Bhutan, Nepal, Myanmar and the Indonesian archipelago. Bengal and Bihar were important centres of Buddhist studies, with the Vikramsila University and others established by the Palas attracting scholars, monks and travellers from all over the Buddhist world including China, creating the perfect meeting ground for exchange and assimilation.

Here, too, we find the recurrent theme of the number 5. The number holds great significance in nearly all Buddhist traditions – five senses, five colours, five wisdoms, five energies, five Buddhas and so on. The Bengal Sufi tradition of the Bauls began during the Pala rule. The multi-coloured patchwork robe that the Bauls wear is a direct influence of the Buddhist tenet of the five colours. And food, too, according to both Buddhist and Hindu tradition should be enjoyed with all the five senses, and if you think about it India follows five main techniques of cooking – boiling, steaming, frying, roasting/grilling and stewing. In the eastern region all five techniques are often employed in a single meal.

The paanch phoron then, it seems, draws its origins from this entire body of metaphysical thought culminating in a celebrated mélange of flavours – salt, sweet, sour, bitter, pungent and a sixth, alkaline — that human existence is all about. Described by writers as Bengal’s sorceress of spices, what better way to be seduced than through paanch phoron? Just try it out. Here’s a spell:

1 ridge gourd cut in half lengthwise and then into quarters

Add your vegetables except for the cabbage leaves and quickly fry on high heat.

Lower heat and cover with the cabbage leaves

When done, add a quarter cup milk mixed with a tsp of rice powder and simmer till partially absorbed yet vegetables are moist.

Take off fire with half a tsp of ghee, green chillies to taste and fresh coriander.