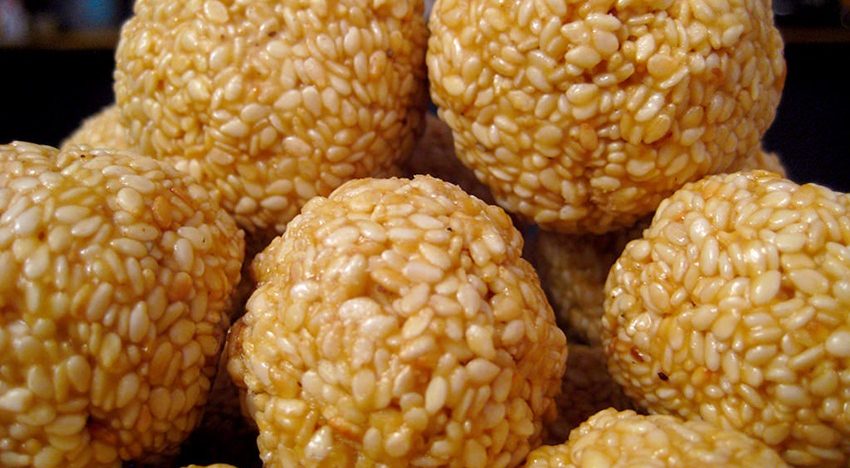 Every region makes their own version of til ke laddoos but we’re partial to the Maharashtrian one with jaggery. Photograph by Soniya Goyal

While hot jalebis have been a favourite all year around, there are some Indian sweets that are prepared to celebrate winter. Traditionally, these desserts have also been made during this season for their healing properties and to help stay warm. Besides, some ingredients are only available during winter so all the more reason to make the best of them. Here are some easy recipes of three Indian desserts:

Unlike the Gajar ka Halwa, made of grated carrots cooked in milk and garnished with nuts and raisins, the Khus Khus halwa is a recipe that is reserved for special occasions. A traditional winter recipe, this one uses poppy seeds and a lot of clarified butter and is meant to keep the chills away. It is also recommended for women who are pregnant and is a dessert, which has its roots in north India.

White sesame seeds and jaggery are the two key ingredients of til ke laddoo. Peanuts are added sometimes and every state has its own preparation of the til ke laddoo. The Rajasthani version of the til ke laddoo is a winter specialty and uses powdered sugar instead of jaggery, peanuts and milk solids (khoa). The Maharashtian version is made during Sankranti, as is the Andhra version, which also uses black sesame seeds. Again, this dessert also keeps one warm and prevents respiratory ailments, which are particularly on the rise during this season.

Winters in West Bengal stand for hot luchis with nolen gur (date palm jaggery) and a spread of milk-based desserts such as sandesh and kheer kodom with gooey nolen gur at the centre. But nothing is more comforting than nolen gur payesh or rice pudding flavoured with date palm jaggery.