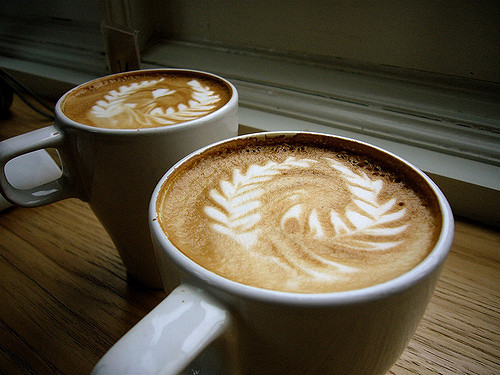 Are you prepared to have blue latte? Dan Calderholm/Flickr

You’ve probably heard of rainbow lattes and coffee in cones, but are you prepared to have blue latte? Well, it’s quite a trend in Australia. Dubbed “Smurf Lattes”, owing to the resemblance in colour to the blue humanoids, this blue latte is sold by a vegan matcha cafe, Matcha Mylkbar in Melbourne, and does not use dyes or pigmented fruit. According to their Instagram post, the coffee is created by using E3 live blue algae powder. Marketed as a healthy, vegan drink, the other ingredients used in this latte are lemon, ginger, agave (for sweetening) and coconut milk.

Algae are considered as a superfood thanks to their high protein content and over 65 vitamins, according to the Global Healing Centre. Nutritional value aside, how does this coffee drink taste? Nic Davidson, co-owner at Matcha Mylkebar said it has a sweet and “soury” kind of taste due to the presence of lemon and agave.

Not available on the menu, this Smurf Latte is sold on request at $8 a pop (approx. Rs 400). Within 4 days of its release, the cafe sold 100 units of the latte, mostly because everyone was talking (and Instagramming) about it. With steep rates like these, the drink is hardly something you’ll pick as a replacement to your daily morning cuppa. But it is really pretty to look at, which honestly is the only criteria for an image to begin trending on Instagram.