There is a new list of emojis including a range of breads, vegetables and fruit, developed in Unicode 9.0. Some emojis are already available on Android and Windows phones according to tech reports.  The ones that emoji lovers and foodstagrammers might use frequently include bacon, a stack of pancakes, avocado, considering avocado toast has been trending for a while on food timelines, and potato. The other food and drink emojis expected to be part of the upgrade are eggs, milk, peanuts, kiwifruit, cucumber, carrot, croissant (that could be mistaken for a shrimp really), baguette, green salad, a shallow pan of food, stuffed flatbread, clinking champagne glasses, a tumbler of whisky and a spoon. While Apple has released a beta version of the new emoji list to developers, it is likely to be available to iPhone users by September this year.

But even before brand new emojis release across the rest of the world, London restaurant The Little Yellow Door has released a menu, which made up of only emojis. The menu includes avocado, baguette and bacon, all of which will be part of the new upgrade on iPhone, Android and Windows phones. Pizza chain, Pizza Hut, has also launched a limited edition emoji menu across six restaurants in the UK, albeit with the older emojis. Just when we were beginning to believe that even emojis could not fully express our love for food, there’s news that the list of new emojis will helpfully also include a drooling face. 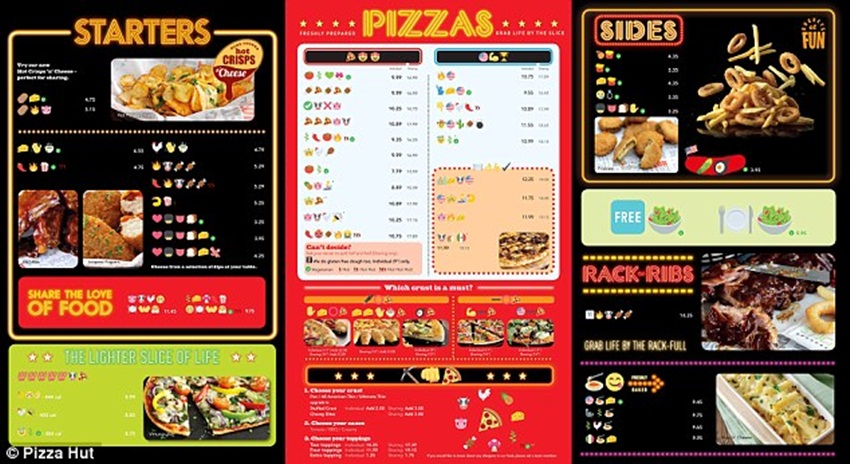 Watch the video below for a look at the new emojis