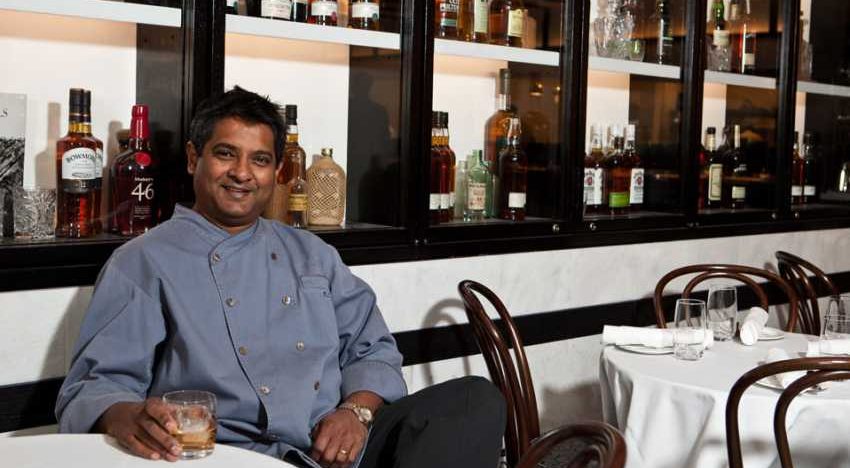 In April this year, chef Floyd Cardoz, the man behind The Bombay Canteen, launched a book called the Flavourwalla: Big Flavour, Bold Spices… Four months down the line, he is ready with another ‘walla’, except this time it’s a restaurant, and it marks the celebrated chef’s return to Indian cooking in New York.

The opening menu at Paowalla, which launched earlier this week and is located in SoHo neighbourhood, included shishito pakoras, ‘Bombay Wada Pao’, Chicken liver masala, and, among others, Eggs Kejriwal and Goan Choriz and Bacon Biryani. The Bombay Canteen regulars and frequent travellers to NY will also be pleasantly surprised to find the familiar Gulab Nut on the menu.

Speaking to grubstreet.com a few months before the opening of the restaurant, Cardoz, who opened the popular Tabla (the restaurant shut down in 2010) in the city in the late 1990s, said that now was the right time for diners in New York to get better acquainted with Indian cooking. “People have tasted things now, they’ve traveled, they understand that there’s more to Indian food than chicken tikka masala and naan.” Apart from the award-winning Tabla, Cardoz, who moved to New York in the late 1980s, was also the driving force behind North End Grill and White Street. Paowalla is among the latest high profile ‘Indian’ restaurants to open in New York, after Babu Ji and Manish Mehrotra’s Indian Accent.