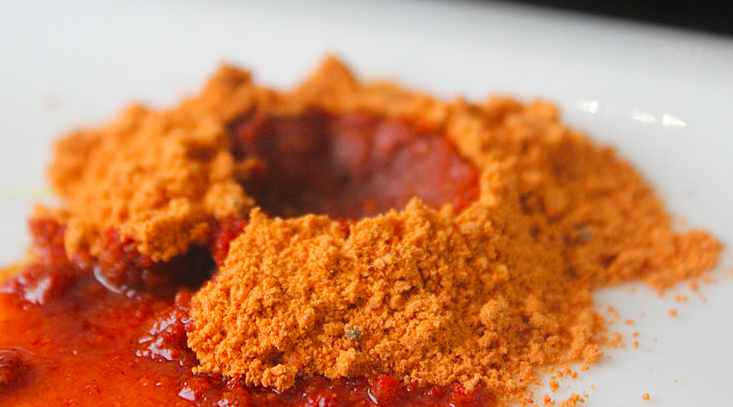 My idea of comfort food is curd rice. With a whole lot of lime pickle. However, a warm, soft idli, laced with ghee and slathered with molaga podi comes a close favourite. What’s not to love? The soft butteriness of the idli is perfected complemented by the fiery crunchiness of what is probably South India’s most famous condiment – molaga podi or milagu podi or gunpowder, as it is popularly known as. Take a spoonful of the reddish brown powder, make a small hole in the centre, pour in some sesame oil, mix and you end up with a fiery crumbly chutney that serves as a perfect accompaniment to idli or dosa. And if you brave enough, slather your entire idli or dosa with the podi. Either way you will be in a fiery, spicy heaven.

So how did this mix of blended spices come into existence? According to Manu Nair, Executive Chef at Southindies and Bon South, there is no specific mention of molaga podi in the ancient texts. However popular lore suggests that this podi was the result of an accident: in the olden days, in one of the households, the women, while preparing sambar powder, stopped the grinding process midway. Upon tasting, this powder turned out to be the perfect accompaniment to idli and dosa, as is or mixed with sesame oil. As this podi grew in popularity, more variations began to spring up. 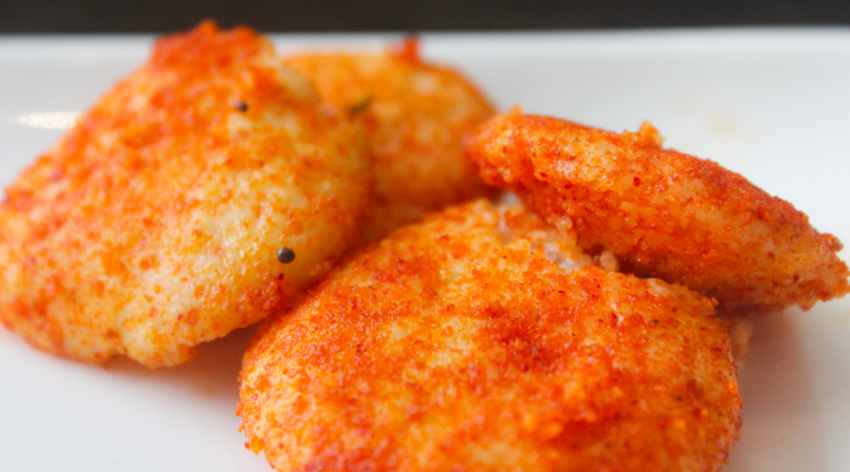 When had with idli, molaga podi is traditionally had like a dip, though podi idlis – where the idlis are coated with a podi-tempering-sesameoil/ghee mix, are also popular. “For dosas, the podi is sprinkled on to the dosa while preparing it and finished with few drops on ghee on top,” explains Nair. “If you want to have the podi with rice, toss the rice with temperings, podi and generous amounts of sesame oil or ghee.”

Acording to Nair, while the recipe of the podi changes from state to state, varying from semi-dry ingredients to completely dry ingredients used, it largely consist of three basic parts. The base or the body is either a mix of lentils, or one particular lentil, or peanut/sesame/coconut. The second part comprises the spice mix, which can be any of spices like red chillies, coriander, hing or curry powder. The third part is the seasoning which is usually salt, rock salt, sugar or dry tamarind powder.

Watch: How to make podi here