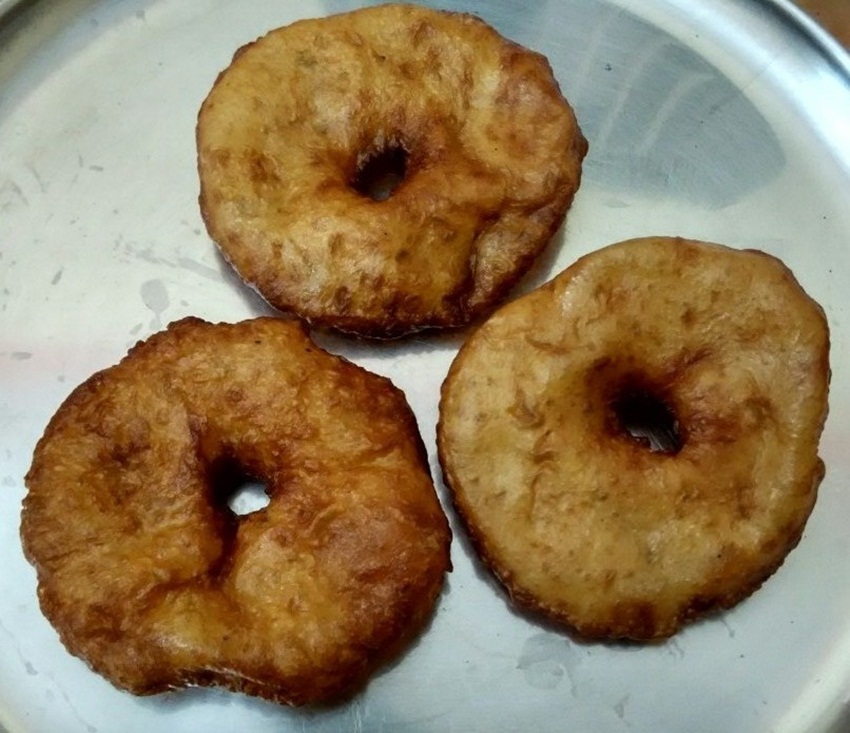 One version of the adhirasam, a popular sweet in Tamil Nadu, looks like a flattened donut. Photograph by Thamizhpparithi Maari/Wikimedia Commons

Deepavali will be here soon and it will be time to line up the oil lamps made of mud. The festival is also the time when I get to eat my favourite sweet in all of Chennai: Adhirasam. Think of flattened doughnuts filled with rice flour and jaggery and you have adhirasams. Chettiaramma, whose real name I forget, made the best adhirasams. She made them with palm oil, which everybody looks down on today, and would send them as a token of her love and gratitude to my maternal uncle. My uncle was one of the finest doctors I knew and one of the most patient teachers. He was the reason I grew to love all streams of science.

He worked in the trauma unit of Stanley Medical Hospital by day, and at night, he practised at a clinic that he had opened in the slums in Aynavaram. A lot of patients couldn’t afford to pay him, resources and medicines were limited, but I had never heard him bemoan his work at his clinic. Everybody talked about how he was a miracle doc and I got to witness it one day.

Late one night, Chettiaramma’s husband, who may have been in his early Sixties, showed up at our doorstep with a deep head wound, bleeding profusely and unable to articulate what had happened beyond the fact that he had been in a road accident. My uncle’s clinic was too far to get to and there was no time to check into a government hospital even if they were willing to take him in. I will never forget the sight of my uncle suturing the wound at my doorstep. Am sure it wasn’t legal – I don’t know if local anaesthesia was administered, but the man lived a happy life to tell a story. It’s another thing that we got to eat adhirasams because of him. Adhirasams with a soft, wrinkled cover that feels like your grandmother’s skin and a sweet, crumbling jaggery filling that will always remind me of childhood.

Adhirasams are made during festivals and sometimes, even weddings Photograph by Nityarsm/Wikimedia Commons

Soak the rice for about three to four hours.

Drain the water and let the rice dry by spreading out the grains on a piece of cloth or kitchen paper, so that the excess water is absorbed.

After about half an hour, grind the rice with cardamom, but ensure you don’t add water.

Next, grate the jaggery and add water to soak jaggery.

Bring the jaggery water to a boil on a low flame until it thickens enough to be rolled into a soft ball. To check the consistency, add a tsp of the jaggery syrup into a small bowl of water. You should be able to roll this syrup into a ball once it is inside the water.

Take the syrup off the flame once it has reached the required consistency.

Pour the jaggery syrup into the rice flour and mix well.

Cover the mixture and let it rest for about five to six hours.

Knead the flour well and let it rest for about two days without refrigerating.

Heat oil in a deep bottomed wok or kadai on a high flame.

Once it is hot, reduce to a low or medium flame.

Flatten the dough balls with your hand on a sheet of plastic or a fresh banana leaf.

Add the flattened dough into the oil slowly.

Fry until both sides turn a shade of deep brown and are cooked well.

Remove the adhirasams from the oil and drain out the excess oil on a paper towel.

Break open one to see if it is cooked and ensure the next batch of adhirasams are fried for longer if this first one isn’t cooked.

(As told to Lalitha Suhasini)