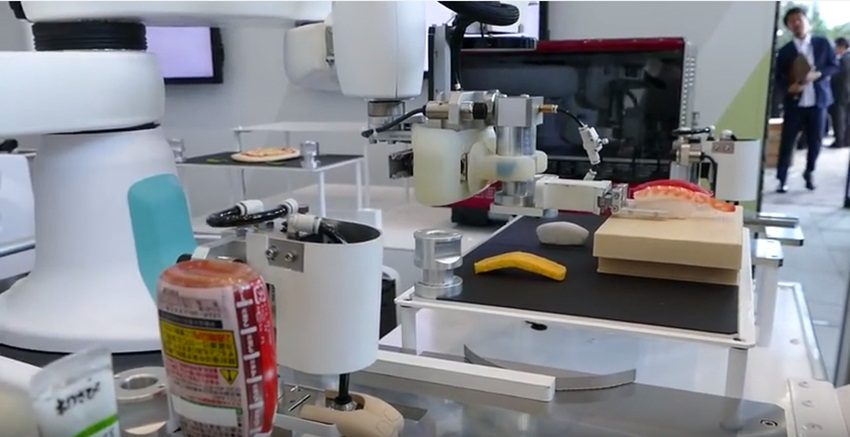 Kawasaki launched a range of sushi robots this month

Not another grand master named Jiro who dreams of sushi, but Japan now gets a stocky robot who only moves his arms about to aid restaurants in assembling and plating sushi. Kawasaki Robotics recently launched a sushi robot chef at the Kawasaki Robostage, its robot showroom in Tokyo.

For now, the robots might work for restaurants that serve working lunches where diners don’t have the time to care how their sushi is being plated. While this news definitely sounds like the future of fast food chains and might even serve as a novelty, fans of sushi may not take to the robot. The joy of walking into a sushi and sake bar is to have a chat with the chef and tell him exactly what you’d like on your plate of sushi. Those who have watched the documentary, Jiro Dreams of Sushi, know how chef Jiro is driven by the art of making sushi.


As seen in Kawasaki’s video, the industrial robots can be set up at restaurants to serve sushi in record time and also add condiments such as wasabi sauce to the plate. Will the plating impress a MasterChef judge? We think not, but it’s early days yet. Since the robots too are an invention of the land that came up with sushi, maybe they’ll come up with better models that can do more than just assist in setting up an assembly line of sushi. The robots, according to Kawasaki Robotics, can also be put to use to make pizzas. Do we hear a roar of protests from Italy?