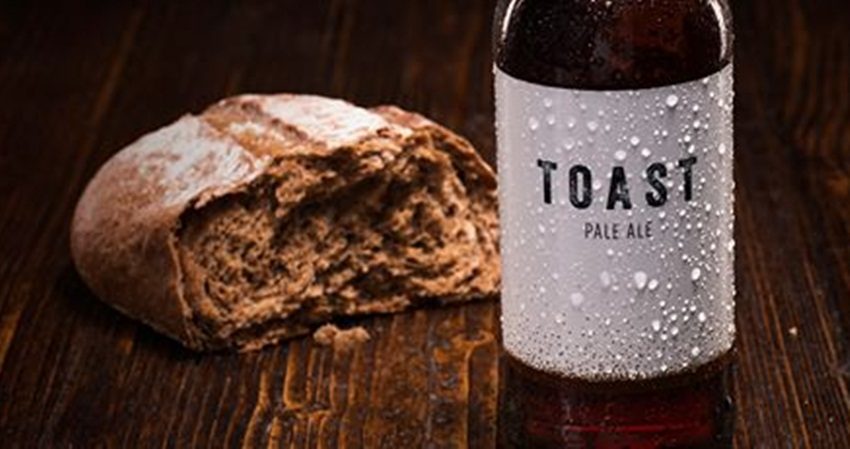 What if you could have your bread and drink it too? That’s exactly the idea that UK-based Tristam Stuart, an activist involved with reducing food waste, had in mind when he launched his company Toast Ale, which uses bread that would otherwise end up in the trash bin to brew beer.

Since February this year, Stuart has been working with brewers and bakeries to produce a fine ale made with old bread. “The bread gives its own interesting flavour profile, adding caramel notes that balance citrus and bitter hops. The result is a balanced malty taste, akin to American Pale Ale, with a colour similar to amber ale,” reads a note on Toast Ale’s website.

Only one slice of bread is used to make a a bottle of Toast Ale. Malted grains, which are typically used to make beer, are replaced by crushed bread to produce this pale ale. In 2015, the Brussels Beer Project, which launched a beer made from old bread and bread scraps, inspired Stuart to come up with the idea of Toast Ale and even approach the Belgian brewers for the recipe and technique. The beer was launched by celebrity chef Jamie Oliver, and might be available in the US later this year. And at the end of this month, another UK brewery, The Bristol-based Wiper and True company, will launch its own pale ale called Bread Pudding, made from surplus bread, encouraged by Toast Ale’s popularity.

For those who cannot wait until it launches in India, here’s a recipe you can use to make your own toast ale at home.