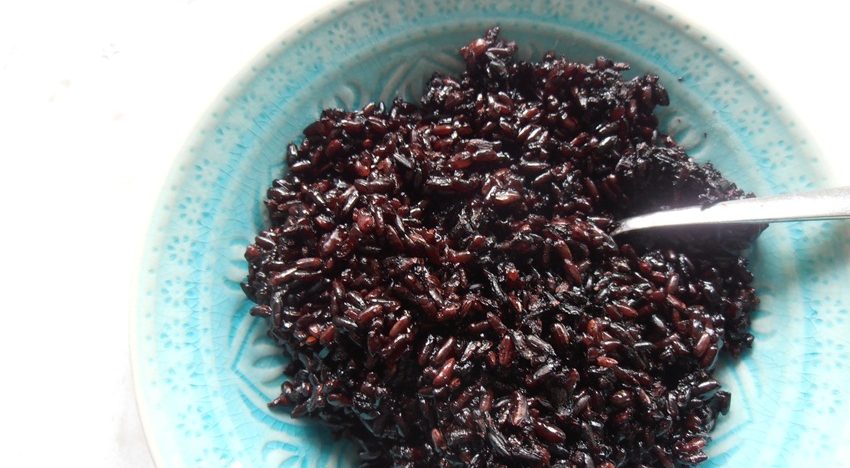 Besides eating black rice as part of a main course, it can also be used to make salads, a healthy breakfast pudding and even idlis. Photograph by storebukkebruse/Flickr

Dal chawal is comfort food for most of us in India and with the growing need to eat healthy, there are now several alternatives to white rice including black rice. Black rice or Forbidden Rice as it is known in China and also in the West, is a grain that is sold with its bran whole. The whole bran is one of the biggest reasons why black rice is the healthiest option over even red and brown rice. Black rice, which is grown in West Bengal, is available on the site Original Indian Table, and is slowly gaining popularity for its nutty flavour similar to the red rice variety, despite our preference for white rice.

Black rice is cooked in a manner similar to how you would cook red or brown rice: One portion of rice is cooked with two portions of water. Soaking the rice for an hour or two helps the rice cook faster. It is always advisable to cook the rice and drain out the water instead of letting the rice get starchy.

Here are some other benefits of eating black rice.

It contains the highest amount of antioxidants. In fact, the colour of the grain is an indication of its high antioxidant properties. Anthocryanin, the antioxidant found in black rice is highly recommended to those who maybe prone to Cardio Vascular Disease (CDV) or and to those who have suffered a heart attack.

Black rice also helps flush out toxins in the body and prevent inflammation.

The whole grain, which has a low glycemic index, also prevents insulin resistance and is recommended for those who have a history of diabetes in the family.

It helps lower the levels of blood cholesterol.

It is high in dietary fibre and therefore helps aid digestion.