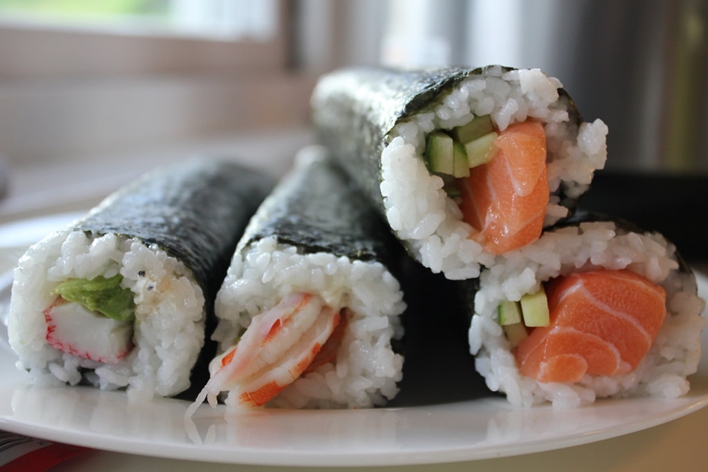 The classic Japanese dish is no longer just little rolls of rice, fish and veggies. Chefs all over the world are experimenting with sushi and adapting it to create hybrids that look great (Instagram is testimony to this fact) and hopefully, taste just as well.

How does the rice stay in bun formation – seriously, I need to know! @redeyegrillnyc #sushiburger #questlovesfood

The sushi burger has become fairly popular and has been doing the rounds for a while now.

The Sushirito®, a San-Franciso based creation of sushi and burrito has been around since 2011, fusing Asian and Latin flavours to create a giant rice roll. While the idea seems great on paper, in reality, we think it’s a case of Fusion food (that word again) gone too far.

Thought the Fusion experiments stopped at the burrito? There’s the sushi taco, which packs in sushi ingredients between a taco shell. There are also versions where the “shell” is sushi rice, but we’re sure it lacks the bite that a perfectly crisp taco shell provides.

The doughnut goes healthy with this version. Looks pretty, doesn’t it?

Yes, pizza lovers, we hear ya. Something tells us, this may not be too bad a thing.

This one, quite literally, takes the cake! Serving this may get messy.