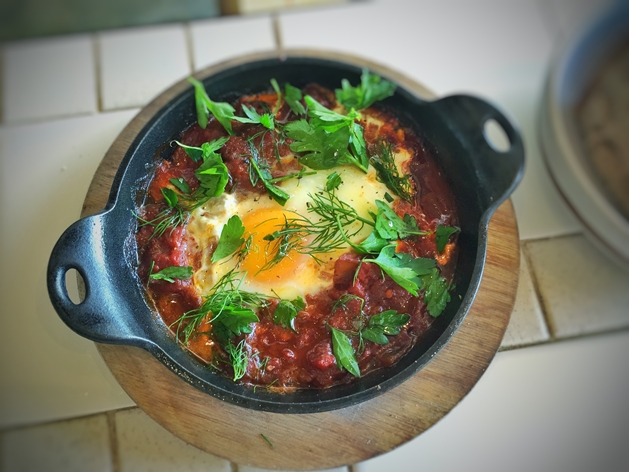 Despite being hailed as the most important meal of the day, most of us fall prey to poor choices when it comes to breakfast. Store bought cereals are a regular feature for most of us, simply because they’re easily accessible. Unless yours are the whole-wheat or high-fibre kind, that bowl of morning cereals is doing nothing for your health. Instead, it is pumping your body with empty calories from the artificial sugars, processed food as well as chemicals from the colouring and flavouring agents. A good way to avoid all this is to have a few recipes handy that you can whip up in a few minutes. A healthy, nutritious breakfast will supply you with ample energy and will also help to avoid nibbling on (mostly unhealthy) snacks until lunchtime. We’ve found a few simple, hearty recipes that you can incorporate in your daily meal plan for breakfasts.

Gavhache dhirde (Spicy wheat flour pancake)
A good way to obtain maximum nutritional value from your breakfasts is to pack in the goodness of fibre and vegetables. These pancakes are a popular Maharashtrian breakfast dish and make use of whole wheat flour. Seasoned with diced onions, tomatoes, coriander and condiments, these pancakes are full of flavour and promise to keep you sated for several hours until lunch time. Moreover, it doesn’t call for any elaborate prepping and can be fixed within a few minutes.

Palak thalipeeth
Another Maharashtrian specialty, the thalipeeth traditionally makes use of a mixture of whole-grain flours along with wheat flour. The recipe however, is a slight modification of the traditional version. Chopped spinach is mixed along with wheat flour and a few condiments. As nutritious as it is flavoursome, this dish is high in fibre, antioxidants, minerals and vitamin C.

Shakshuka
A popular Middle Eastern dish, shakshuka is eggs baked in tomato sauce. Originally a meat and vegetable stew, the Ottoman empire saw the addition of veggies to the mix. Variations exist across all the countries in the region, but the tomato base with pepper, cumin and onion seasoning remains constant. Cooked in a skillet, you can load up your shakshuka with as many vegetables as you desire – peppers, mushrooms, chopped spinach, celery. Eggs are left unbeaten in tiny wells made in the pan and allowed to cook. The recipe may prove a touch elaborate for beginners but is easy once you get the hang of it. Perfect for a weekend breakfast or brunch – serve your shakshuka with a slice or two of multigrain bread.