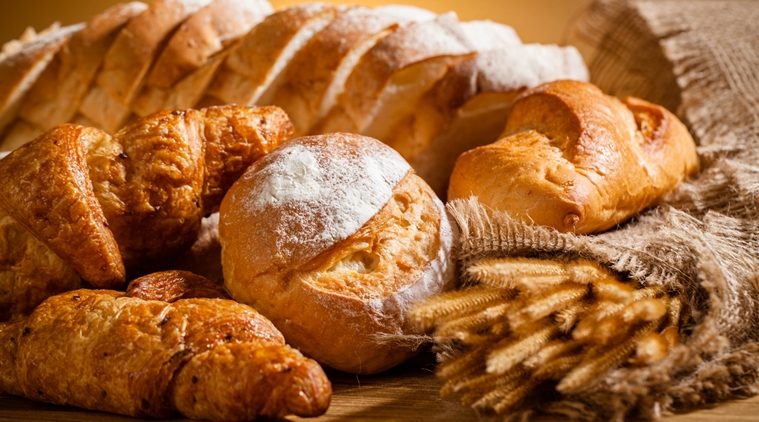 Commercial bread is filled with a “cocktail of chemicals”, so be careful while choosing your bread. Photograph: Thinkstock Images

Your daily bread isn’t the healthiest thing on the table, says a study conducted by the Centre for Science and Environment (CSE) in Delhi. Sliced bread of all kind, including brown and multigrain made by major brands such as Britannia, pavs, buns, burger buns used by outlets, and pizza bread from well-known brands contained high levels of potassium bromate and iodate. Both are used for treating flour while making bread.

In 1992, JECFA (WHO/FAO Joint Expert Committee on Food Additives) said that the use of potassium bromated as a flour treatment agent was not appropriate. Nutrition consultant and cookbook author Padma Vijay, who won the Gourmand International Cookbook Award in the Diet and Nutrition category in 2011 has a solution: A ban on potassium bromate and use of chemicals as oxidising agents. The first step in this has already been taken, with food regulator Food Safety and Standards Authority of India saying that it has decided to remove potassium bromate from the list of permitted additives while it is examining evidence against potassium iodate before restricting its use.

Michael Pollan, American author and host of the cooking show Cooked, a four-part documentary series on food on Netflix believes that sourdough bread, made using a sourdough yeast, is the only kind of bread worth eating. Pollan’s food ethics find resonance in artisanal breadmaker Sujit Sumitran’s love for sourdough breads. Says Goa-based Sumitran, “This is the kind of bread that was baked thousands of years ago and once you start eating sourdough, you don’t want to touch the stuff baked with commercial yeast – it has no texture, no flavour and no nutrition.”

And if you thought that the use of oxidising agents is the only thing wrong with commercial bread, you should know that it gets worse. Here are five other not-so-fun facts you should know.

Convenience over nutrition: Commercial yeast accelerates bread making, says Sumitran. “So a bread that should take 5-6 hours to bake is done in an hour or so. When it goes into our system, our body obviously needs time to break this down. So, gluten intolerance and celiac diseases are all a result of man prioritising convenience over nutrition and everything else.”

The two-day rule: Chef Paul Kinny offers a basic, age-old fool-proof test for bread. “If you leave it out for two days and there’s no fungus on it, it’s obviously has an overdose of preservatives.” Fresh bread will keep for only two days at the most, says Kinny, who is the culinary director at Craft Deli.Bistro.Bar at Phoenix Kurla Marketcity, which offers a range of artisanal bread.

Bleach that! A lot of breads also contain bleaching agents, says Sumitran, which are also carcinogenic. “In Goa, we thankfully get unbleached flour, but a lot of the maida that you see on the shelves has additives such as bleaching agents,” he adds.

The crush test: When you press a piece of bread down all the way from top to bottom, it should spring back into shape.

Lethal cocktail: Commercial bread is filled with a “cocktail of chemicals”, according to the artisanal bread maker. “There are all sorts of things such as bread stabilisers, improvers. It’s almost like broiler chicken vs free range chicken, and you know that it cannot be good for you,” says Sumitran.