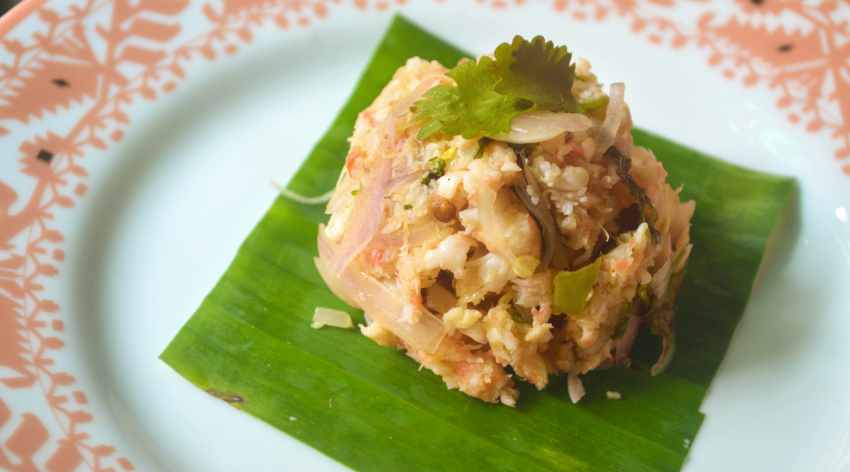 Towards the end of last month, we attended an illuminating pop-up in Kolkata. Bhortakahon (Bhorta Tales), curated by Gurgaon-based food anthropologist Pritha Sen and Dhaka-based culinary expert Nayana Afroz, was as much about cultural and national identities as it was about food. The endeavour, which was also a kind of memory project, juxtaposed the distinct cuisine of the erstwhile East Bengal now assimilated with West Bengal post-Partition against Bangladeshi food, which came into its own after the Bangladesh War of Liberation in 1971.

For Kolkata resident Ipshita Banerjee Bhandary, who traces her roots to Dhaka, it was a rediscovery of the food that her forefathers had, and a look at its evolution. The highlights of the 19-course meal were nine different bhortas, coconut fritters, and, among others, the Haasher Kalia. Both Sen and Afroz have received enquiries from Bengalis in other cities in India, and they are aiming to take Bhortakahon to Mumbai and Delhi soon. Here is what we learnt about Bangladeshi cuisine during the course of our meal, and from our post-prandial chat with Sen and Afroz.

The rise and rise of the bhorta

After the Bangladesh Liberation War of 1971, Bangladeshis turned their back on the food that was eaten in (West) Pakistan, and also West Bengal. The resurgent nationalism found many expressions, and the culinary mantle was borne by the bhorta. The bhorta, simply put, was once a mash consisting of vegetables and small fish. It was partially steamed, and a food of the masses. 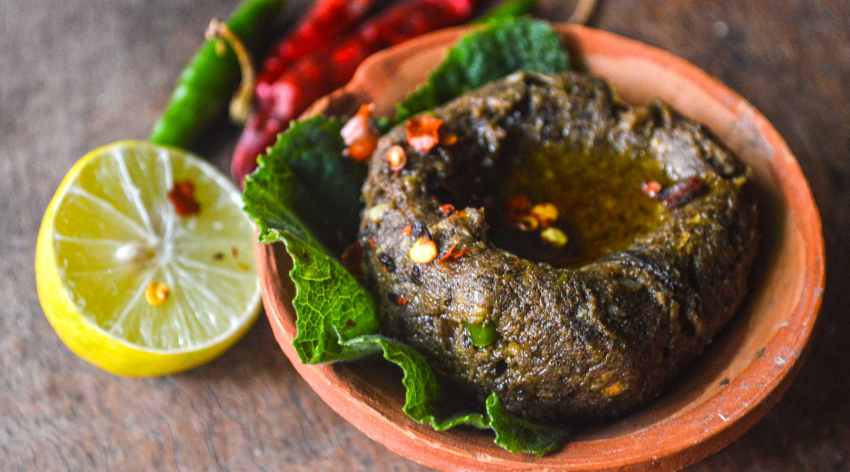 The bhorta, also known as bata in many parts of Bangladesh, goes by various names such as bata, pora makha among Indian Bengalis,  and is similar yet distinctly different to its sibling across the border. Today, the bhorta defines the food of Bangladesh, and it is a huge part of the Bengali New Year celebrations in the country, and a marker of identity for the Bangladeshi diaspora. Eateries in Bangladesh serve innumerable varieties of bhortas, and the ingredients range from drumsticks and hyacinth beans to spinach and water lily. 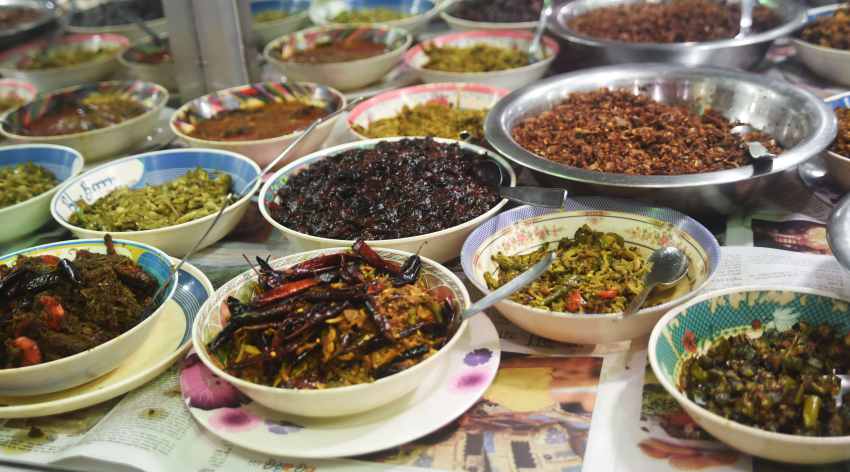 For Hindu Bengalis vegetarian food is without onion and garlic unless it’s a kalia or a korma. The same holds true for fish dishes. But onion and garlic form a huge part of cooking in Bangladesh. Bangladesh has a greater use of fish, and their vegetarian food is almost always mixed with fish for the simple reason that there are way more varieties of smaller fish than in West Bengal. Of course, meat is eaten more in Bangladesh. Their tradition of making halwas from anything and everything, and lastly, this evolution of the bhorta — emerging from a common source and then taking on a completely new form.

Geography and culture defines the two cuisines, not religion 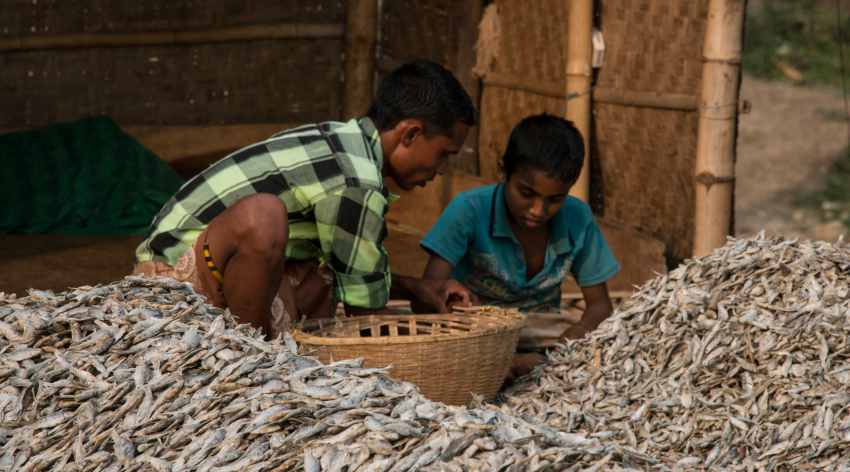 Dried fish in Sylhet. The use of spices is higher in regions with a strong tradition of eating dry fish such as such as Sylhet, Mymensingh and Chittagong. Photo by WorldFish-Finn Thilsted/Flickr

Beef is the meat in Bangladesh. In West Bengal while beef is eaten by the Muslims and many Hindus enjoy it, it is not really the meat of choice except among poorer sections because Muslim royalty in India preferred to eat mutton. Beef was the meat of the poor. Moreover, Muslims in India avoid eating fish without scales, and stuff such as prawns, crabs or even duck meat is considered Makruh (disliked, offensive). Therefore, traditionally, Muslims in West Bengal avoid shellfish etc. However, Bangladeshi Muslims have no such taboos. Shrimps are an integral part of their diet as is duck. So as far as Bangladeshi Bengalis are concerned, religion has not really defined their eating pattern. The geography has. Bangladesh is also at the receiving end of nature’s fury. Droughts, floods and cyclones are a lot more common there — the country has three major rivers, the Padma, Meghna and Brahmaputra — than in West Bengal. This has severely undermined developmental measures. Poverty, then, has been a constant through the years. The use of uncultivated foods, therefore, becomes significant, and the methods of cooking and preparation are attuned to feeding many mouths. The food in Bangladesh is also way spicier than in West Bengal, and that’s because the amount of chillies is directly proportional to poverty. However, the high levels of heat in the food is also an influence of tribal communities stretching up to Assam and influences of South-east Asia and Burma. Spices are higher in Bangladesh in regions with a strong tradition of eating dry fish — Sylhet, Mymensingh and Chittagong.

The tehari and the biryani 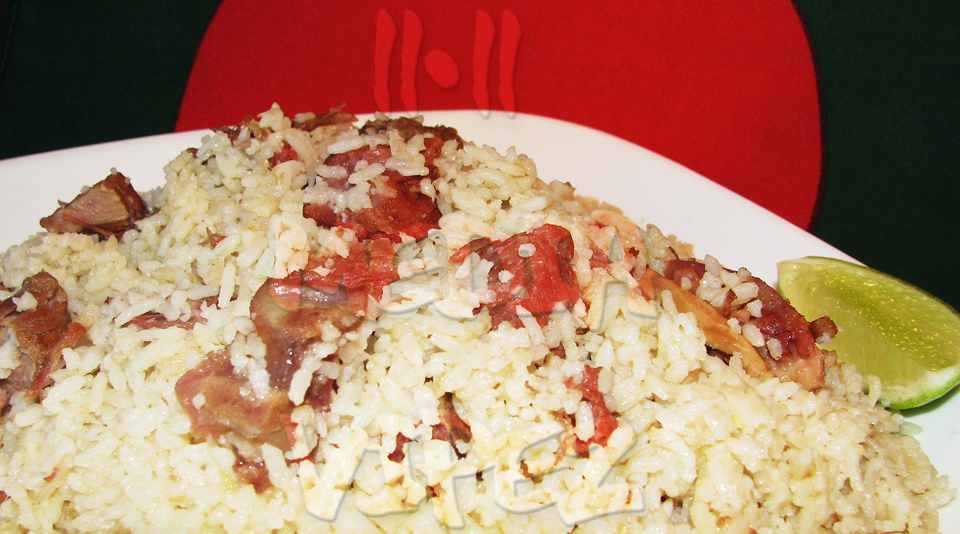 The 13th-14th centuries saw the consolidation of Muslim rule in Bengal under the Turks, and the arrival of Arab, Persian and Pathan settlers. Their language, customs and food became as much part of the legacy of the land as their religion. The Turkish words ‘polao’ and ‘korma’ became a part of the cuisine and culinary vocabulary of Bengal. But even as the Turkish polao entered Bengal, it underwent a sea change. As Hakim Habibur Rahman mentioned in his book Dhaka Pachas Baras Pehle (1945-49) about food at the turn of the 20th century, in the pulaos of Bengal rice water is not thrown away as it is in north Indian polaos, nor is it layered with meat. The rice starch was allowed to be absorbed in the process of cooking. For the polao known as tehari, mustard oil was used. The biryani entered Bengal with Mughal rule, but the pulao was firmly entrenched by then, especially, fish pulaos, the most famous being the hilsa pulao and Dhaka’s famous morog pulao. The popularity of the biryani started with the influx of the Bihari Mohajir post Partition into East Pakistan. They became famous for their biryanis. The fact that the biryani has not really emerged a major threat is because of a resurgent Bangladeshi nationalism, post 1971, that looked down upon the food of (West) Pakistan.