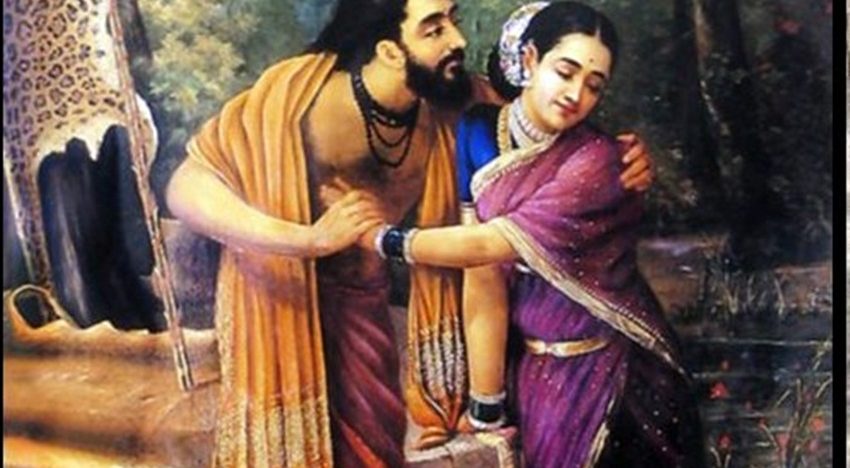 Not tonight darling, let’s go to that new seafood place instead, shall we? Photograph via Wikimedia Commons by Raja Ravi Varma/columbia.edu

Given the choice between sex and an excellent dinner at a restaurant, 42 per cent of women in 37 countries across the world, including India, chose dinner. This telling detail about a woman’s appetite was published in a survey conducted by New York-based ad agency Havas (how fitting a name!) Worldwide, earlier this year. A majority of the women who picked food over sex were millennials in the age group of 18-34 years. Considering the number of dating apps that this group is hooked onto, you’d think they’re getting some great action, but no, women are clearly not scoring well.

Honestly, if you were a woman in India, you shouldn’t be surprised at the answer. We’ll give you eight reasons why food wins on most rounds over sex.

A lot of men on dating apps are somehow averse to uploading recent photos of themselves. You realise why when you meet them. You thought you were looking at Jon Snow and you end up with Hodor. So it’s a good thing then that you chose a fantastic restaurant for that first meeting? There’s going to be no sex, sorry.

Most Indian men can’t stop talking about themselves. Here’s a conversation sample: “I’m planning to get the Audi S class. I’m setting up a new boutique hotel in Coorg. I’m an outdoorsy guy.” How about first getting a personality development class?

The married ones have that one mad auntyji in the family who sets up an arranged marriage with the loser of the year. Yes, these women would rather go out for a nice meal than spend the rest of evening cooking for the man of the house.

A couple of years ago, sexual medicine consultant and andrologist Dr Sudhakar Krishnamurti dubbed India the impotence capital of the world, citing that the country has highest number of men suffering from erectile dysfunction. Right, dinner it is.

When you go to a restaurant, and a great one at that, you know what you’re getting. You want a soup and a sandwich – you get both. You want two orgasms? Not so easy, princess. Even if you’re the one doing all the work.

The Indian male out-of-bedroom etiquette isn’t so hot either? That vigorous crotch scratching has to stop now.

There’s a lot of good food in the country. Each of the 29 states has so many sub cuisines that you can spend a lifetime exploring them and happily miss out the kind of bad sex you see on Girls.

And, let’s admit it, finding a guy who’s great in bed is as special as Leo finally landing that Oscar.