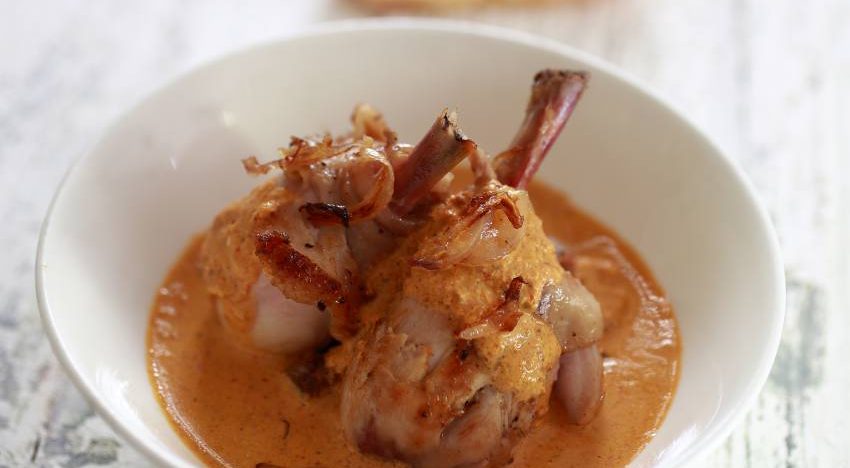 The simple Chicken Country Captain was first created in either Bombay, or Kolkata, and
sailed across the world. Photograph by Michael Swamy

In The Indian Cookery Book, published by Thacker, Spink & Co in  around the early 1900s, an anonymous author provides a recipe for the Chicken Country Captain. He/she writes: “Cut up in the usual way an ordinary curry chicken. Warm the ghee and fry the sliced onions, which, when brown, set aside; fry the ground turmeric and chilies, then throw in the chicken and salt, and continue to fry, stirring the whole, until the chicken is tender. Serve it up, strewing over it the fried onions.” As far as recipes go, this is a fool-proof one for a wholesome one-pot dish, and its unpretentiousness is the one reason why the Chicken Country Captain probably travelled the world, quite literally. Its provenance is obscured by the mists of time, but everyone agrees it was first made in India, in Bombay, or Calcutta, during the Raj, and sailed on colonial trading ships to China, the West Indies, and across the Atlantic to cities such as Charleston, in South Carolina, and Savannah, in Georgia, among others.

When it hit the American Deep South, it didn’t take too long for the dish, which was suitably adapted, to become a classic. In his The Food, Folklore, and the Art of Lowcountry Cooking, Joseph Dabney writes: “As the legend goes, sometime in the late 1800s, a tall sailing ship docked in Savannah. Its English captain came ashore on Bay Street, and smelling of strong Indian spices, brought to our shores a new and intoxicatingly delicious way to fix chicken. The captain traded his curry-based recipe for a night’s lodging, resulting in a dish called ‘Country Captain’ — bolstered with rich coriander and turmeric curry-based sauce plus onions, garlic, raisins, peppers, currants and tomatoes. Whether the story is true or not, Country Captain did indeed come into existence in the nineteenth century, and the recipe spread like English ivy up and down the East Coast and across the South.” In the ensuing years, the Southern version of the Chicken Country Captain, a curried casserole, won many fans in America, including Franklin D. Roosevelt, and features curry powder, thyme, bell peppers, and slices of bacon. 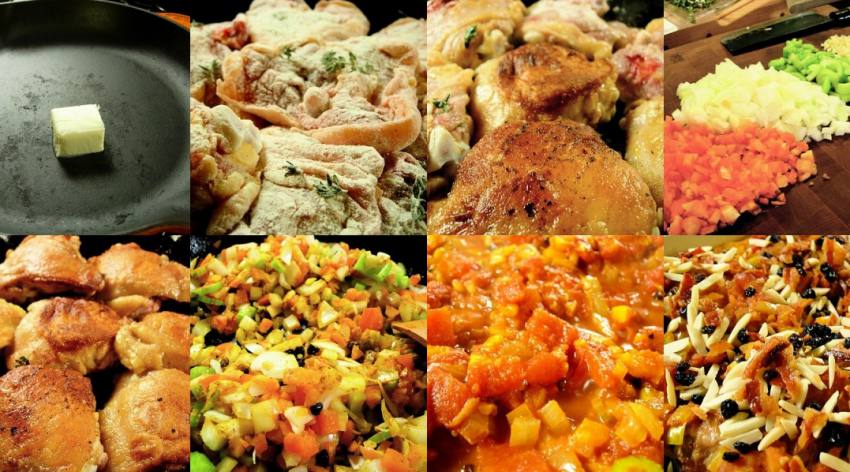 The Chicken Country Captain started life as an Indian chicken curry and became
a classic in the American Deep South. Jenny Oh Hatfield/Flickr

But, what of the name?  As with the provenance of the dish, there is no clear answer. But in his memoir, The Fan Kwae at Canton Before Treaty Days (1825-1844), William C. Hunter, who also wrote Bits of Old China and who travelled to the country in the early 1800s, offers a plausible explanation, while talking about the trade between India and Canton: “The local name for their business was the ‘Country Trade’… The ships were ‘Country Ships,’ and the masters of them ‘Country Captains.’ Some of my readers may recall a dish which was often placed before us, when dining on board these vessels at Whampoa, viz., ‘Country Captain.'”