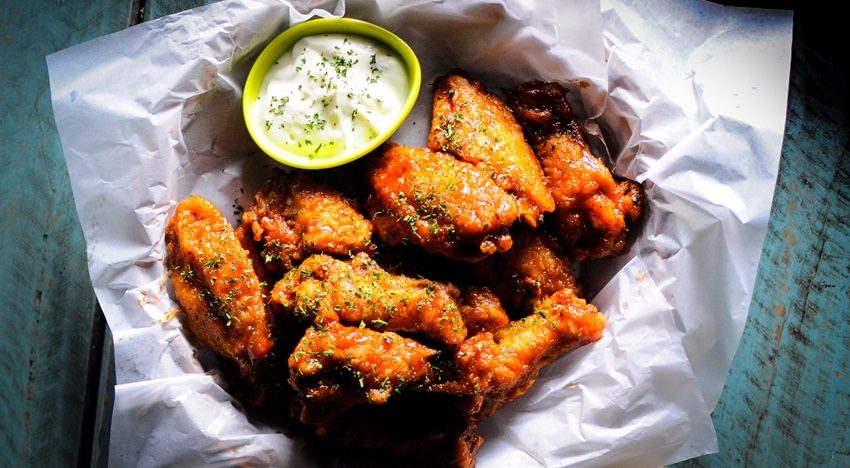 How would you like your plate of chicken wings? Photograph via PlanB

If you can’t get enough of chicken wings, then PlanB is where you should head today. It’s time for the day-long Lord of the Wings festival. No its not the Dark Lord or Aragorn who you will encounter, rather chicken wings in every possible avatar –   from hot to mild, sweet to spicy and liquor-based – dished up just for you.

Chicken wings may have been made famous by retail chains such as KFC (Kentucky Fried Chicken), but there’s so much more that can be done with this dish than just fry pieces of chicken to a crisp. We’ve had chicken wings of all sorts in Bengaluru. At Prost Brew Pub, they are served with either BBQ sauce or done Buffalo-style, but the version we like best is the one served with Chipotle sauce and they’ve introduced a soy cola flavour, which is more interesting than anything we’ve tasted on chicken wings and at Mustard Cafe, you get Caribbean-style jerk chicken wings.

But to get it all under one roof, we suggest you head to The Lord of The Wings festival. There are chicken wings made in exotic flavours like the scotch bonnet pepper sauce, 5 spice sauce, bacon sauce, Thai basil sauce and liquor based sauces (beer and Old Monk) along with signature PlanB favourites. You can order a platter of four different wing sauces in a portion of a dozen. Doesn’t that sound precious? The festival is on just for today, so get set, go.

When: September 19th, all day