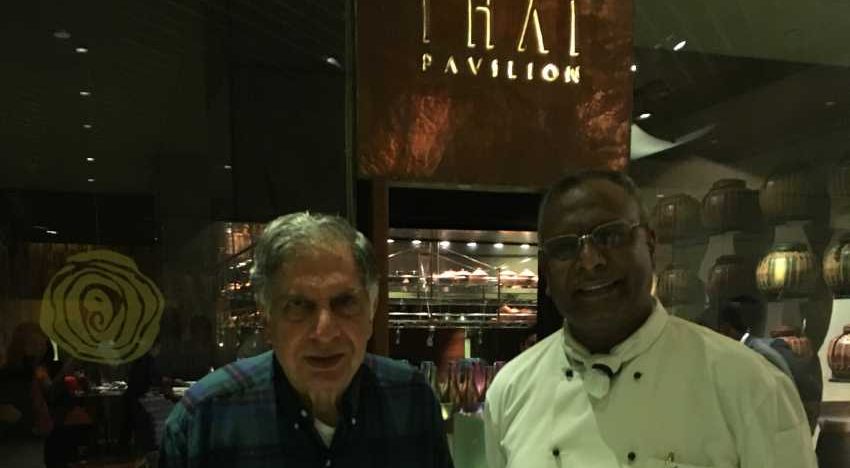 Around two and a half decades ago, Ajit Kerkar, the then head of the Taj Group of Hotels, hand-picked a young chef named Ananda Solomon to go to Thailand and familiarise himself with the country’s cuisine. Kerkar’s plan was to launch a Thai restaurant at the Taj President (now Vivanta by Taj President) in Mumbai. While Indian-Chinese had slowly started to feature on the menus of some restaurants in the city, to most Mumbaikars, Thai cuisine was pretty much uncharted territory. But Kerkar sent Solomon anyway, and he came back to launch the city’s first dedicated Thai restaurant, the Thai Pavilion, in 1993. Since then, Solomon, a matter of fact man with a ready smile, has served everyone from industrialists to Bollywood stars to star cricketers, and his restaurant still remains the go-to place for Thai food in the city. 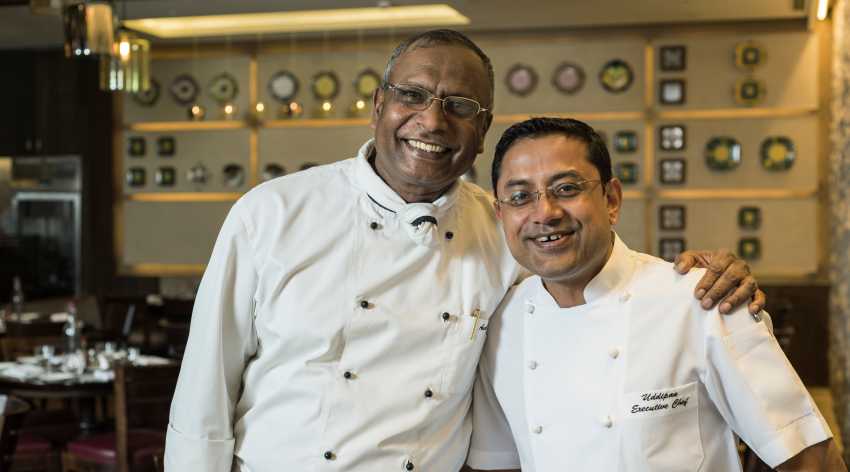 Chef Solomon with Uddipan Chakravarty, his successor at the Vivanta by Taj – President, Mumbai

Tonight, though, was his last day on the job. Solomon, 58, has hung up  his apron. Among the guests who were present to bid him farewell at the Thai Pavilion — and it was a busy night, packed with the chef’s many fans — was Ratan Tata, the chairman emeritus of  Tata Sons, who has been a fan of Solomon’s fare for long. Solomon will be replaced by Uddipan Chakravarty, and the show, of course, will go on, but memories of great repasts at the Thai Pavilion — prawns in green curry and crispy fish come to mind — will linger for long.