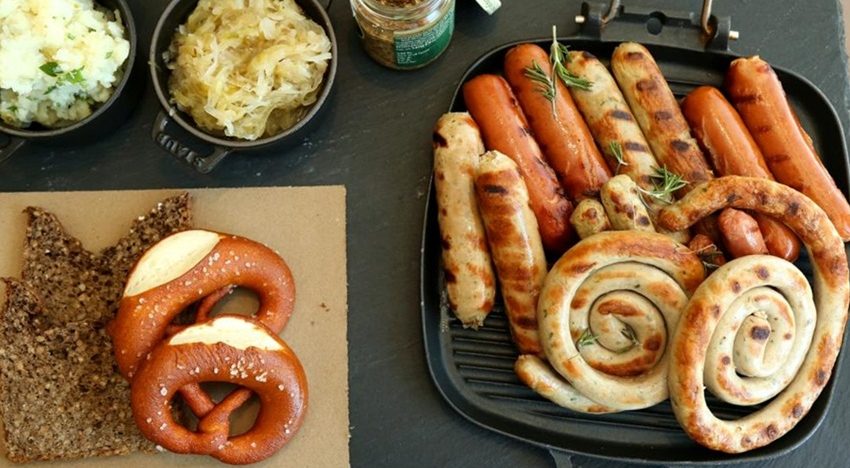 Weissbier or wheat beer is one of the most popular beers at the local microbreweries and if there’s a plate Weisswurst, traditional Bavarian white sausages, with salty pretzels on the side, you couldn’t ask for more. But at the JW Cafe at JW Marriott in Sahar, you’ll get all of this and more for an entire week. Beer heads can celebrate Oktoberfest early here and get to know the flavours of Bavaria, the south eastern state of Germany, home to the famous Munich Oktoberfest.

On the menu are authentic German delicacies such as Gebacken Koteletts vom Milch Zicklein (Baked baby Mutton chops), Nuremburger, a pork burger popular in Northern Bavaria and sausages such as  Bratwürste and Weisswurst. There are several options for vegetarians too including cheese fritters or Krapfen made using Emmental cheese, Apfelkrapfen or apple fritters and everybody’s favourite – Bratkartoffeln – crisp fried potato. To end the meal, there’s Bienenstich or Bee Sting Cake, with a crunchy almond topping and filled with soft vanilla custard, and Linzer Cake, made traditionally in Austria. Named after the city of Linz in Austria, the jam-filled torte is a hit across the border in Bavaria too.

If you’re bringing kids along during the weekend (Sunday, September 25), the cafe has some sweet plans for them too. There’s a pretzel decoration section where they can amuse themselves and leave you to attack the buffet.