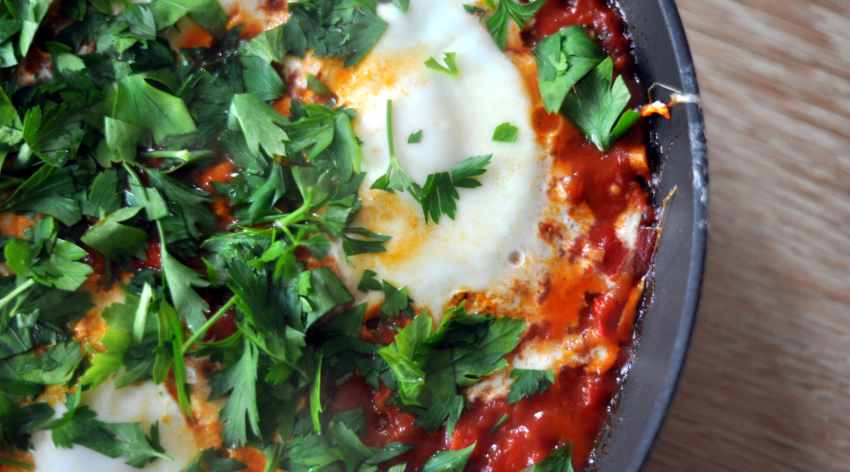 The shakshuka, eggs baked in tomato sauce, has always been big in the Middle East. CycloneBill/Flickr

This weekend, do something nice — make some shakshuka. The shakshuka — such a sweet-sounding name — is an Middle-Eastern dish that is extremely popular in Israel. In recent years, the shakshuka, essentially eggs baked in tomato sauce, has been gaining in popularity, and is, possibly, nearly as popular as hummus and falafel when it comes to dishes with a Middle Eastern Origin. The shakshuka was originally a meat and vegetable stew, but during the time of the Ottoman Empire, as more and more vegetables were introduced into the cuisines of the Middle East, the dish that we are familiar with today started taking shape. According to momentmag.com, when Jews from North Africa started immigrating to Israel in the early 1950s, “they brought with them the hearty dish (whose name is said to be an onomatopoeia meaning “all mixed up”). Part of its appeal was its affordability: For struggling immigrants in a fledgling country, a meal of eggs, tomatoes, vegetables and bread was an easy option.” 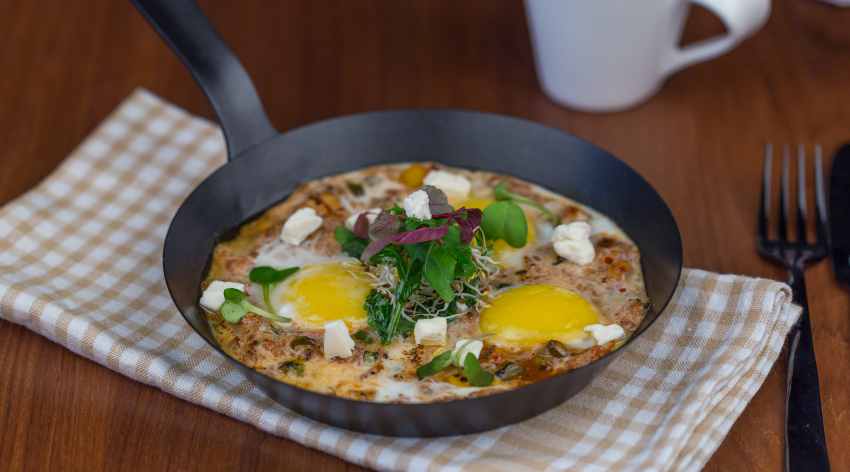 The shakshuka is quite easy to make as well, and looks like just something you’d want to make on a weekend morning or afternoon. Several variations exist, including ones topped with meat and feta cheese, and it is such a versatile dish that you could just about put anything into it — from spinach to mushrooms. Take a look at this recipe here. On the other hand, if you’re sure you won’t be in the kitchen this weekend, you could try having the dish at the newly opened Hitchki in town. They do a decent shakshuka, though, you could also request the chef to put lots of paprika and, possibly, sausages as well.