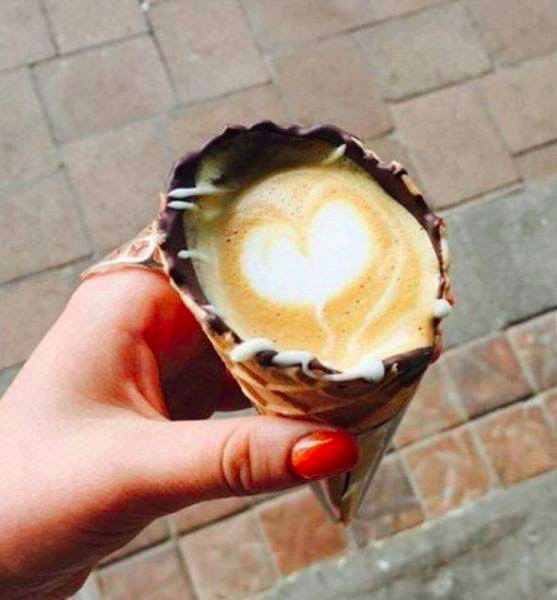 We’ve all been there, rushing to finish ice-cream before it all melts down the cone, onto hands and possibly your clothes. Now imagine a cone filled with steaming hot coffee. What sounds like yet another barista’s brainwave, #coffeeinacone has been one of the most popular food tags on Instagram. In fact, according to a CNN story, this new avatar of coffee has been Instagrammed more than 1 million times over the last few months.

Johannesburg-born Dayne Levinrad, who returned to his home city after working as a coffee consultant overseas for four years, is credited with starting this craze simply because he wanted to put his city on the coffee map. After several experiments, Levinrad and his team at The Grind Coffee Company created a cone lined with four layers of chocolate which gives the consumer approximately 10 minutes to drink the coffee, before the coffee melts the chocolate layers and seeps through the cone. “Now we’ve got the whole thing under patent,” he says, “it’s a very arduous process.”

This highly Instagrammable concept has since made an appearance across coffee houses the world over.

Novelty aside, what seems to be working so well for this new creation is the fact that it brings together two popular favourites – coffee and chocolate.