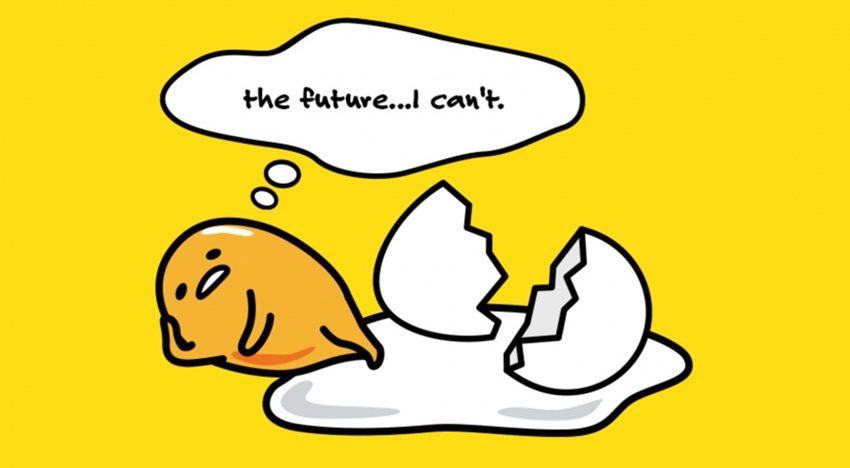 Gudetama Photograph via a screen grab/Sanrio

Who doesn’t love an egg that wants to curl up under a bacon blanket? Gudetama, a cute little baby-voiced egg is just that, except it is deeply sad and in a constant state of lethargy. Created by Sanrio, the Japanese company that also brought to life Hello Kitty (we much prefer Gudetama), the egg finds resonance with not just the kawaii-loving Japanese, but people across the world as seen at the recent San Diego Comic-Con International.

Gudetama takes the form of an egg yolk that hates to be cracked open, hiding in its shell for as long as it can, trying to slide off a piece of toast or rocking itself to sleep in its broken shell and forever escaping the harsh reality that is its life. Several one-minute videos featuring the character have been garnering lakhs of views since last year.

Much like Hello Kitty, which has a ton of merchandise to its name, Gudetama too is now a mascot for a themed card by Visa and has found a place on iPhone covers as well. “I hate being woken up,” cries Gudetama in one video. It seems almost cruel to devour eggs for breakfast when you watch Gudetama shiver or cling to chopsticks as it weeps, “I can’t,” but no, this isn’t a vegan campaign. This is a melancholic egg, that you want to show off on T-shirts, mugs and flip-flops.

There are even cafes named after Gudetama in Japan, which serve dishes such as Gudetama Benedict, hard-boiled Gudetama and gracing layer after layer of cappuccino foam. Let’s just say we now have another reason to go to Japan.