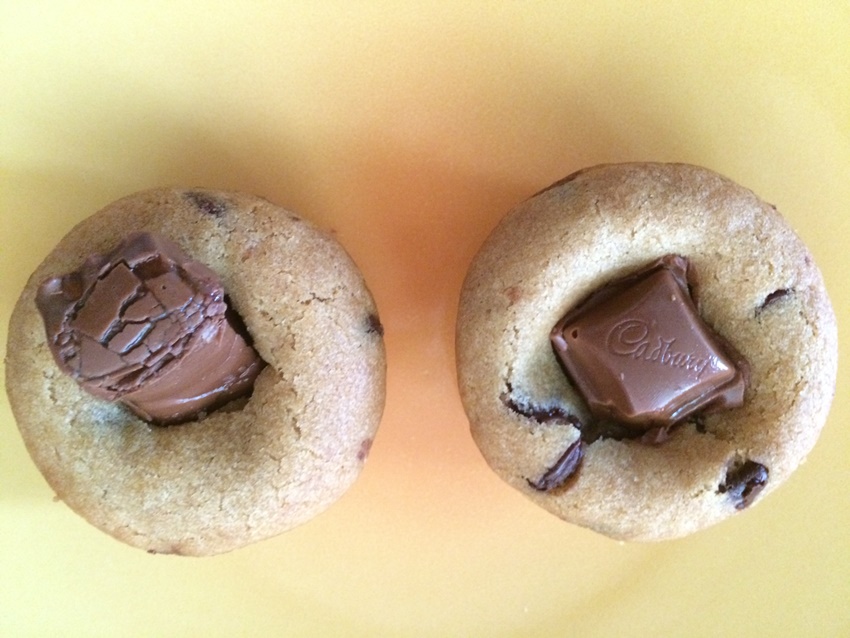 One of our favourite dessert stops in the city, Sweetish House Mafia, recently collaborated with the country’s best known chocolate makers, Cadbury’s, to launch two new flavours of cupkies. The cupkie, which belongs to the weird and peculiar family of mutants, is a cross between a cookie and a cupcake. And yes, the cupkie was one of the earliest mash-ups before the cronut (croissant and donut), wonut (waffle and donut) and duffin (donut and muffin) came along.

Now we’ve had Sweetish House Mafia’s Nutella cupkie, which launched a year or so ago. Honestly, we’re not a fan of cupcakes, with the exception of the ones made at Le15 Patisserie, but this one had us at first bite. So when SHM announced that it had launched a new range of cupkies, we had our hopes up. We’ve grown up eating bars of 5-star and sort of got hooked onto Cadbury’s Silk when it launched. So there was no room for doubt: You cannot go wrong with these flavours.

When the cupkies arrived (we ordered them off Scootsy), they looked good and were soft to touch. We warmed them up for about 10 seconds in the microwave just so that the chocolate would be all gooey and just how we liked it. The first bite was inoffensive and the warm, molten 5-star would have done the trick if the cupcake hadn’t been doughy. The texture of the cupcake wasn’t masked by the chocolate overload. As for the taste the Cadbury’s Silk Caramello cupkie (Rs 100) was far superior to the 5-star version (also for Rs 100), but we’d say, skip the cupkies.

We’re so glad we ordered SHM’s Nutella with Sea Salt cookie (which has been consistently fantastic) to drown our cupkie sorrows in.