Sanjay Borra has been photographing the sights of his home town for over five years. The former IT professional, who runs the popular Hyderabad Street Photography on Facebook and Instagram, has captured life on the streets of the city, as well the food that Hyderabad is famous for. Sindhi Colony and Barkas are among his favourite areas for food photography — and to eat — and he especially recommends the Grand Hotel and the Cafe Bahar for biryani. “For proper Andhra and Telangana food, there’s nothing quite like Ragi Mudda with Naatu Kodi Pulusu at Kritunga Restaurant,” says Borra, And, for proper Hyderabadi Muslim food, Borra says that you should try and get an invitation to a Muslim wedding. “That’s food heaven for me,” he says. 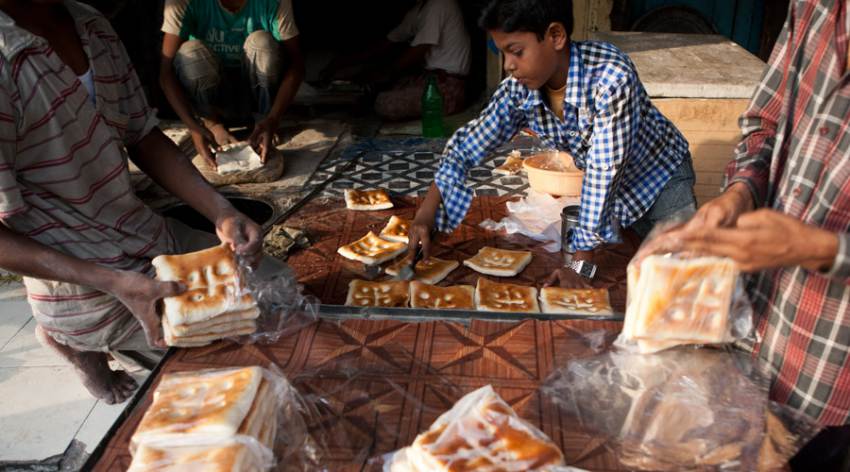 The famous char koni naan or Square naan is believed to have been first made
in Purani Haveli, in Hyderabad. Photograph by Sanjay Borra 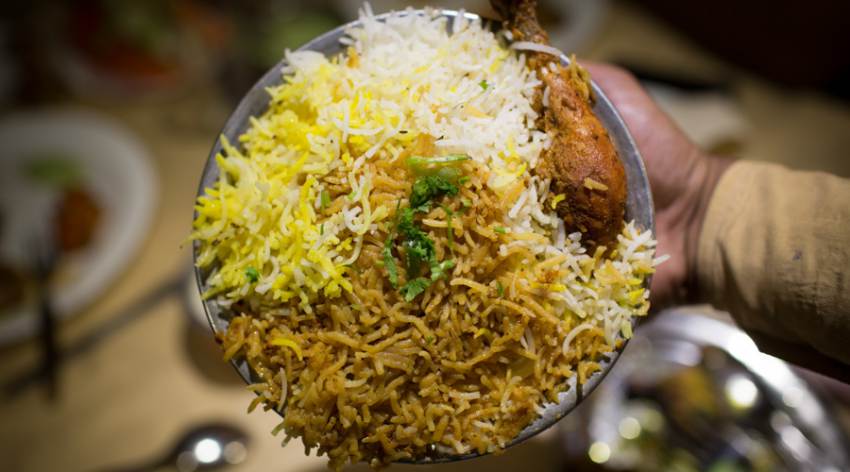 To many people, especially tourists, a visit to Hyderabad is incomplete without lunching on biryani from Paradise. Photograph by Sanjay Borra 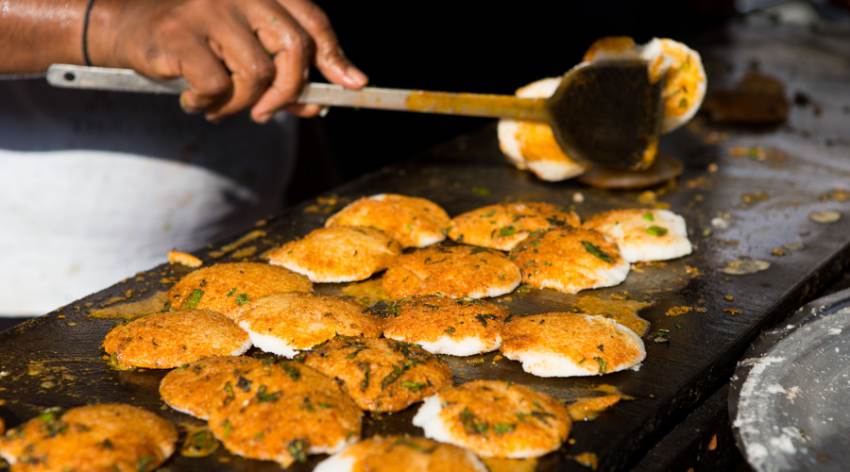 Food carts are called bandis in Hyderabad, and the owner’s name is prefixed to the ‘cart’ or bandi. Govind is one such food cart owner. He started off in the mid-1980s, making tawa idlis and butter dosas, and today runs a restaurant in Banjara Hills. Photograph by Sanjay Borra 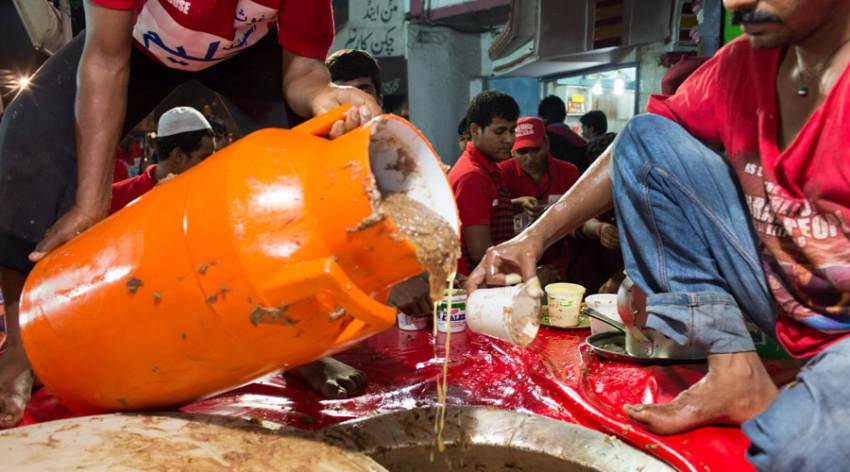 Haleem is a Ramzan speciality in Hyderabad. But many eateries serve it through the year.
The haleem pictured here is from the Shah Ghouse restaurant. Photograph by Sanjay Borra 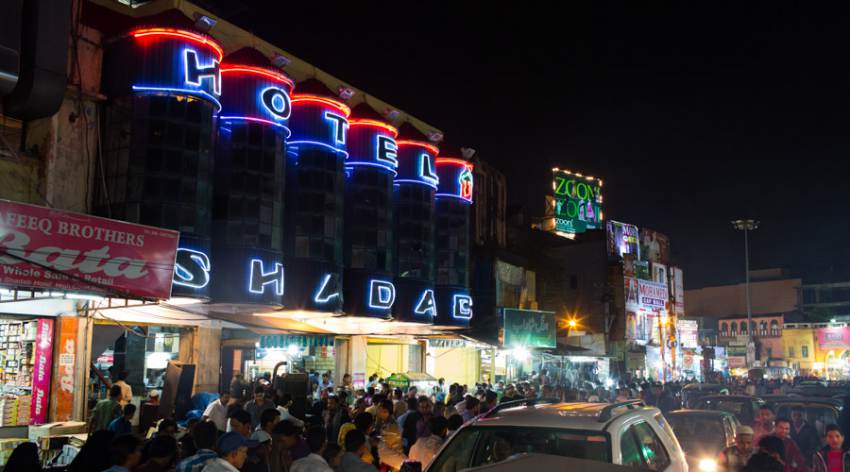 Paradise might have more recall, but the biryani at Shadab is no less brilliant. If you are ever in and around Charminar, you can’t leave without eating at Shadab Cafe. Photograph by Sanjay Borra 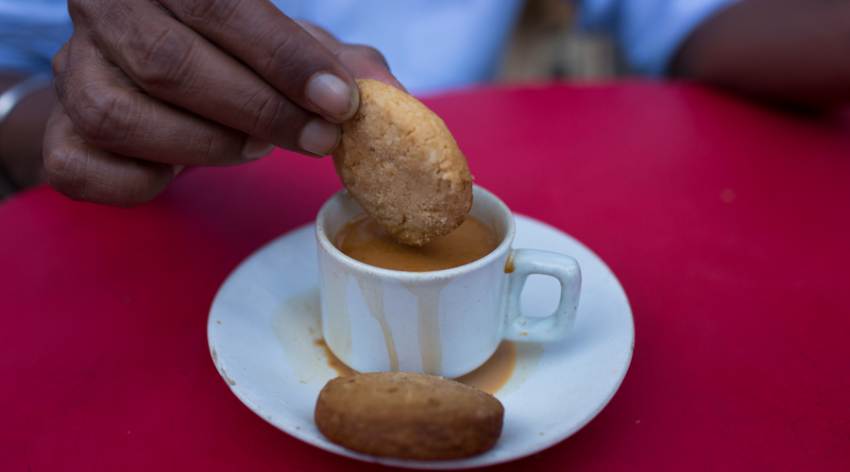