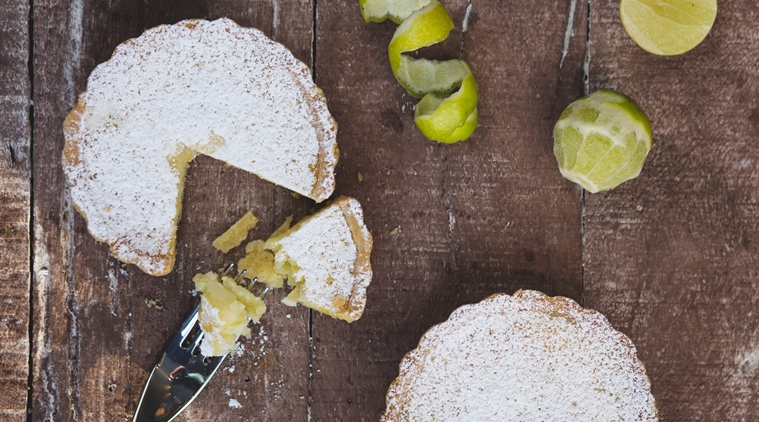 Nothing impresses us more than vegan desserts. The vegan lemon tart at Cafe Basilico. Photograph via Cafe Basilico

Vegan food can be delicious and some of these city restaurants are leading the way, nudging restaurants and chefs across the city to think about cooking with dairy-free ingredients.

That one of Basilico’s owners, Ayesha Takia, is a vegan has a lot to do with the number of vegan options on the menu. They make a classic Margarita pizza with vegan cheese and a Black Bean Burger with vegan mayo. Can we ask for more? But they have more. If you’re in the mood for coffee and tea, they serve them with soy milk. For a quick snack, there’s Falafel Shawarma on the menu with vegan mayo. And their Mains section includes dishes such as Coconut Braised Pumpkin and Grilled Polenta.

This is one of the best places for vegans with a sweet tooth. The South Mumbai restaurant has vegan almond milkshakes on its menu and desserts such as vegan beetroot cake with coconut cream and pannacotta that’s also made with coconut cream and served with fresh fruit. There’s an excellent cauliflower butter dip for starters and for mains, there are dishes such as burgul pilaf with tofu.

The corner café, which opened earlier this year, does vegan food better than its sister restaurant Birdsong. Their shiitake mushroom burger is a hit as is their vegan power breakfast with tofu scramble and excellent, nutty vegan butter and coconut or almond milk tea or coffee to go with it. We’ve also tried their coconut banana cake, which was polished off in seconds, crumbs and all. The Village Shop is a place with well thought out options and not some token vegan dishes such as a Thai curry or Pad Thai, which are vegan by default.

Sequel is another Bandra restaurant that serves an impressive number of vegan dishes. The menu sounds pretentious, we give you that, but the food is deliciously wholesome. A dish of Himalayan organic brown rice, mushrooms, organic pesto and sundried tomatoes (there’s a longer description on the menu) is unbelievably flavourful. But it’s their dairy free, soy free, Mexican dark chocolate brownie that had us go weak in the knees. It’s called Decadence for good reason.

You know from the first bite that the food here is bursting with goodness. You can either start your day with The Yoga House’s poha cooked with sprouts or choose from their extensive list of curiously-named salads and mains section for lunch or dinner. Pick from I Am Fighting – a fig salad with alfa alfa, mixed greens, purple cabbage and more in a sesame oil-lemon dressing or I Am Detoxifying, which is another name for a quinoa burger.