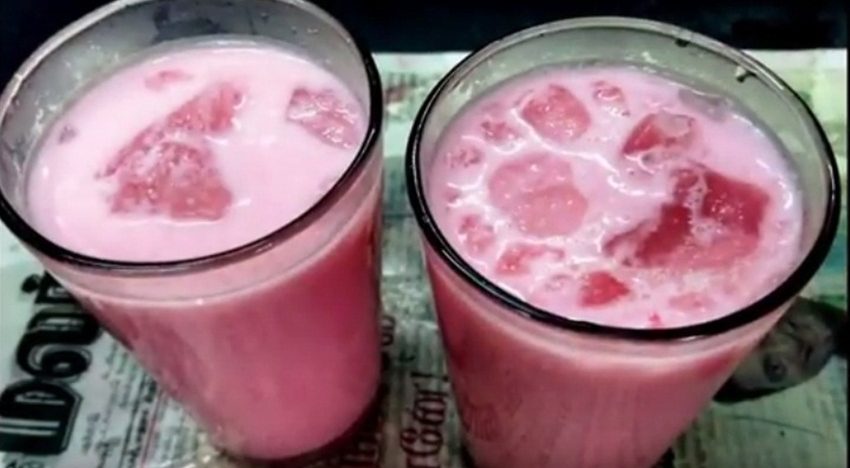 Ice is added to rose milk occasionally, which otherwise only uses chilled milk

Sometimes, the rose milk would be so chilled that the first face-numbing sip made us momentarily forget that we were reeling under 42 degrees of scorching Madras heat. It was, let’s say, the poor cousin of a strawberry milk shake. The colour, reminiscent of cotton candy, came from the rose syrup that is added to the cold milk, and for fun, the head cook or whoever was in charge of the kitchen threw in a handful of cooked vermicelli or sago pearls. These strands would always stick to the bottom of the glass or between our teeth, and the winner was the kid who finished all the sago or vermicelli in the glass without using a spoon. To achieve this, the kids needed a patient set of parents, an elastic tongue and zero self-pride.

Rose milk existed long before Madras had turned into Chennai. Most restaurants served it as a special on weekends. The first hint of rose essence is enough to bring back memories of rose milk, although a rose sherbet somehow doesn’t do the trick. A lot of old school restaurants and potti kadais, or roadside stalls as they are known, still serve rose milk in Chennai, which remains to be much more than nostalgia to the city’s residents. The most famous one perhaps is the Kalathi Newspaper Mart in Mylapore, an area that is more well known for its temples and Carnatic music sabhas. The store, which sells all sorts of bits and bobs including pencil cell batteries, washing soap and their famous rose milk, was set up in 1927. At Rs 15 a pop, Kalathi’s rose milk is a working man’s drink and is available through the year. The store also sells the rose syrup that they use to make the milk that is preservative free.